“The need showed up so strongly in our communities that we felt like we had to address it,” says Jeff, lead pastor of Grace Church in Akron, Ohio.

The ever-growing heroin epidemic hits home for many people in the United States, particularly in Northeast Ohio.

“Ohio is a hotspot, and Northeast Ohio is a super-hotspot for heroin addiction,” says Jeff, “so it is our community in many, many ways.” 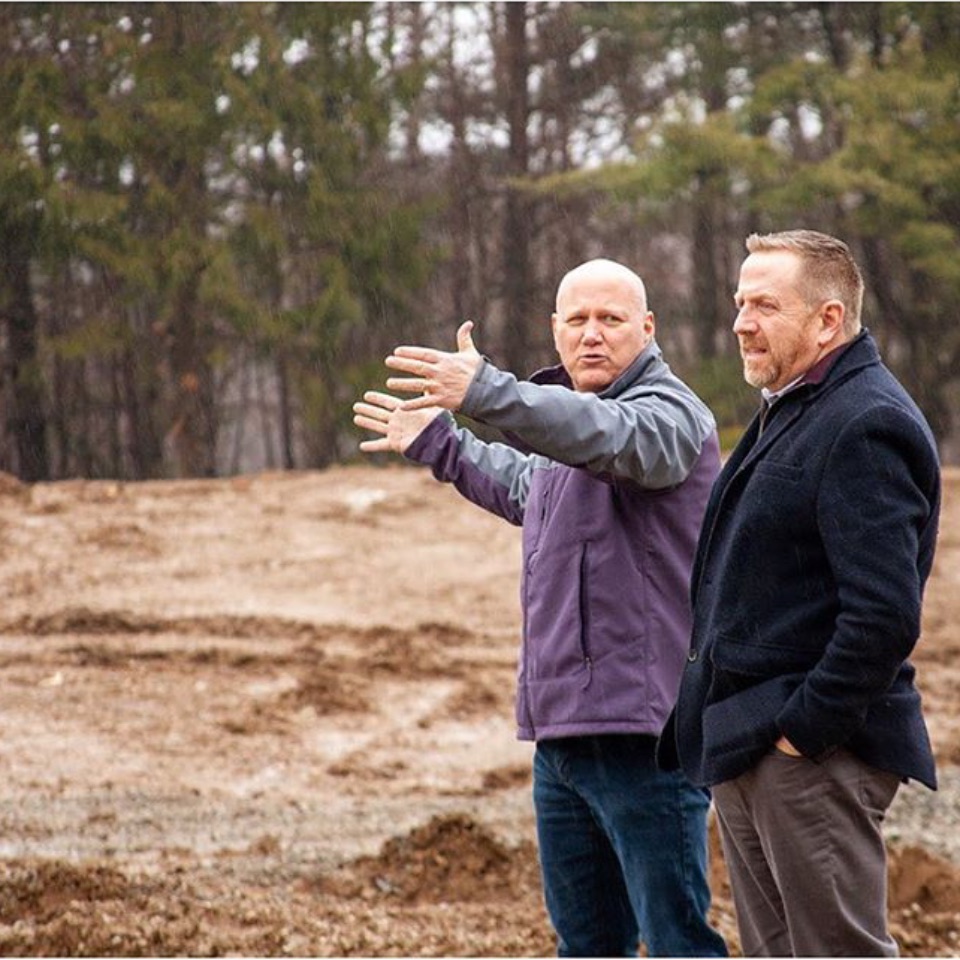 addiction. Through the panel, the church became connected with a man named Dan Gregory (not to be confused with Grace Church’s Norton campus pastor of the same name). Dan’s son became addicted to heroine and Dan quickly realized the lack of resources to help him, even fewer Christ-centered resources. From Dan’s experience, his passion grew to help those who are struggling with addiction in a Christ-centered way, so he envisioned the Restore Recovery Center. The facility will be a 70-bed, residential treatment center for men that is Christ-centered.
Jeff Bogue and Dan Gregory explore the
construction site of the Restore Recovery facility
in February 2020.

The first thirty days of a resident’s stay is a detox stage. At the end of thirty days, they are invited to stay for eleven more months. They are allowed to live at the facility under the conditions of having a job and pitching in with chores and self-care.

“They basically have to mimic real life,” adds Jeff.

The men pay rent to the facility from their jobs. The center provides transportation to businesses all over the greater Akron area who have agreed to hire a known addict as well as the center’s stipulations for the residents. The men undergo deep psychological and emotional counseling and intensive Christ centered discipleship.

Grace Church was excited to become involved with Restore Recovery. The church set a goal of building the center debt-free, thus being able to run the facility for a reasonable cost for ministering to the men and their families. Grace Church’s Bath campus held a vision campaign and 1 million dollars was committed to help build the facility in 2019. They also committed to help with the discipleship of the men once they are in the facility.

Grace Church’s nine campuses are all involved in the vision for discipleship including the Ellet campus, which will serve as the home church for the residents. The campus is located within a mile from the facility. The congregation will work to involve the men and their families in small groups and help to connect them with the church.

Construction is underway and the Restore Recovery center is set to open in the fall of 2020.