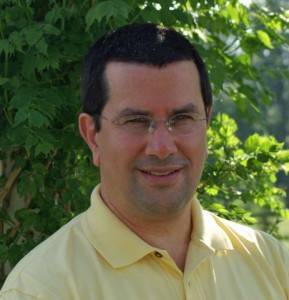 In 2008, BMH Books published one of the definitive books on Grace Brethren history. Written by Todd Scoles, Restoring the Household: The Quest of the Grace Brethren Church, told the theological and political context leading to the 1708 beginning of the Brethren movement, and explained the scriptural grounds for the distinctly Brethren ordinances.

Generous donations afforded the initial printing of Restoring the Household and provided a complimentary copy to congregations in the Fellowship of Grace Brethren Churches. It was Scoles’ desire to see the book used around the world. Before he died in 2010, he dreamed of providing a Spanish edition to Hispanic Grace Brethren pastors and missionaries.

“Grace Brethren churches are growing all through Latin America, but most of our Latin brothers do not know much about our heritage,” says Jesus Munoz, pastor of Iglesia Comunal la Esperanza, a Grace Brethren congregation in Valrico, Fla.

Scoles was the president of the BMH board of directors. His influence is seen throughout the organization, even more than a year after his untimely death.

BMH plans to honor him by publishing the Spanish edition of his book. The work has already been translated, thanks to a generous gift from the Grace Brethren Investment Foundation. But an additional $5,000 is needed to cover design, typesetting, and printing.

Would you join us in making this landmark book available to our Hispanic brothers and sisters? Your tax deductible gift will cover the production costs that will allow BMH to provide the material in their native language. Simply complete the form below and return it, with your donation, to the Brethren Missionary Herald, Box 544,
Winona Lake, Ind. 46590.

If you’d like to make an online donation, go to bmhbooks.com and click on the “Donate Now!” banner.