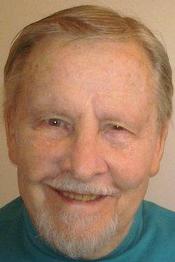 He served the Lord through the Grace Brethren Church for 50 years. He served in the U.S. Air Force as a pilot during World War II, and was a resident of Kosciusko County, Ind., for the past four months.

He was born on November 30, 1924 in Centerville, Iowa, to William A. Ogden and Frances E. (Coffman) Ogden. On August 20, 1948 at Highland Park, Ill., he was married to Elizabeth “Betty” Ruth Ralph, who survives in Winona Lake, Ind.

A service will be held at 3:00 p.m., Saturday, October 5, 2013, at Grace Village Retirement Community, Winona Lake, Ind., in the Chapel and officiated by Pastor Jesse Deloe. Entombment will be at St. Matthew Mausoleum of Oaklawn Memorial Gardens in Indianapolis, Ind.

Memorial donations may be directed to the Ministers Fund c/o Grace Village Retirement Community, 337 Grace Village Drive, Winona Lake, Indiana 46590 and would be appreciated by his family.