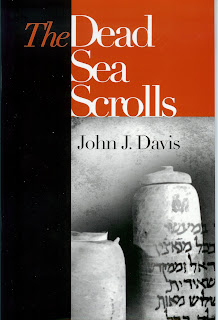 An updated and revised version of “The Dead Sea Scrolls,” a 20-page booklet written by Dr. John J. Davis, has just been released by BMH Books.

Originally written as a series of newspaper articles, the text has been enlarged and updated with recent findings and some new photographs.

The author, who is former president and professor emeritus at Grace College and Seminary in Winona Lake, Indiana, is an experienced field archaeologist who has first-hand experience with the land and people germane to the discovery of the Scrolls in 1947.

Of particular interest will be part 3 of the booklet, where Davis discussed the currents of controversy which have swirled about the Scrolls in recent years.