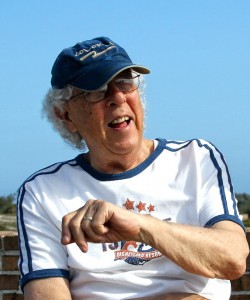 Now with his Savior, Jesus Christ, Dick Battis died Monday evening, June 23, at home following a battle with cancer. He was 81 years old.

The son of Hiram and Mildred (Grubb) Battis, Dick was born in Wilmington, Del., on July 16, 1932. While a student at the University of Delaware, Dick married Carolyn Krauss, a beautiful woman, whom he met at a youth group meeting. They were married for 61 years this past June 13.

Dick was a man of prayer. He worked as an accountant with DuPont and later with Philadelphia College of Bible. With his wife and five children, Dick moved to Indiana and later graduated from Grace Theological Seminary with both a Masters of Theology and Masters of Divinity. Dick then served as a youth pastor at Elizabethtown Grace Brethren Church in Pennsylvania. He taught evening school at Lancaster Bible College in Pennsylvania. He served as a lead pastor at Washington Grace Brethren Church in Pennsylvania. Then for eleven years, he served as Director of the Christan Discipleship Center in Cortez, Colorado and Huefano, New Mexico. When God gave Dick an assignment, he took it.

Dick loved the ocean and mountains and lived in the desert for his final two years. Dick loved his wife, children, grandchildren, and the Denver Broncos.

Along with his parents, he was preceded by his sister, Beverly Phelps.