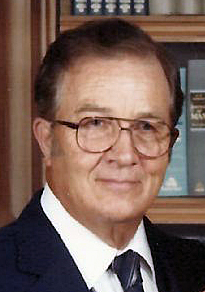 Robert, along with his parents, became a part of a new small village congregation of believers that has sent many of its sons and daughters into various missionary and pastoral careers. His early education was in the public schools. Robert is a graduate of Heidelberg College (A.B.), Grace Theological Seminary (B.D., Th.M., Th.D.). He was ordained into the ministry by the Brethren Church at Harrah, Washington in 1942. He did post-doctoral theological studies at Chicago Lutheran Theological Seminary and ancient Near-east languages at the Graduate School of the University of Minnesota.

Dr. Culver has been an author, preacher, pastor and teacher all of his adult life, until the present. His career as professor has taken him to Grace Theological Seminary (Professor of Old Testament and Hebrew), Wheaton College and Graduate School (Associate Professor of Bible and Theology) and Trinity Evangelical Divinity School (Professor and Chairman of Theology). He was annual director of the Near-east School of Archaeology at Jerusalem in 1962. He has been a special or visiting lecturer at schools in Canada, several states in the USA, Jordan, Hong Kong, the Netherlands and Argentina. Among his several publications, perhaps best known are: The Life of Christ, A Biblical View of Civil Government, Daniel and the Latter Days, and the section on “Daniel” in the Wycliffe Commentary.

He was married to Celeste Fay Knipmeyer on November 22, 1975, in Wheaton, Illinois. Since 1977, they have lived in rural Houston County, Minn. where they have been busy writing and publishing several books related to Christian life and doctrine, most recently, Systematic Theology: Biblical and Historical. This is a volume of about 1300 pages.

There will be a funeral service at 11:00 a.m. on Thursday, February, 12, 2015, at Bethany Evangelical Free Church in Houston, Minn. with the Rev. David Wiersbe officiating. Visitation is from 4:00 to 7:00 p.m. on Wednesday at Hoff Funeral and Cremation Service in Houston, and one hour prior to the service on Thursday at the church. Burial will be at the Money Creek Cemetery in Money Creek, Minn.

The family prefers memorials to be directed to the Bethany Evangelical Church in Houston, Christ Covenant Church in La Crosse, Wis. or to the donor’s choice.

Leave a memory of Dr. Culver, sign his online guestbook and view his tribute video at www.hofffuneral.com