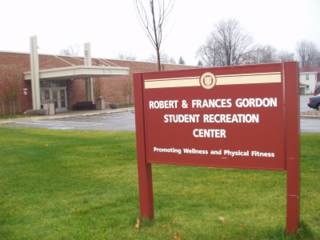 Mr. Gordon and his wife, Frances, have been faithful friends of Grace and generous donors to the campus for many years. They donated fund to purchase the former Sofamor Danek building in Winona Lake (pictured here) which was dedicated as the school’s $3 million new fitness and recreational center in October of 2003. The Gordons had also earlier given a $1.5 million donation toward the restoration of Westminster Hall, formerly the Westminster Hotel.

Calling will be from 4 – 8 p.m. on Thursday at the Titus Funeral Home in Warsaw, Indiana. The funeral will be held Saturday at Bethel Baptist Church in Springfield, Ohio, followed by burial in New Carlisle, Ohio.