Word has been received of the death of Robert Salazar, Grace Brethren pastor in New Mexico for many years. His obituary appears below. 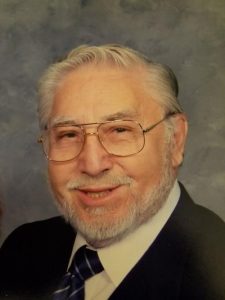 Reverend Robert Glenn Salazar, went to heaven to be with Jesus Christ, His Lord and Savior, on December 30, 2019, at the age of 88 in Frisco, Texas.

He married Marilyn Steinberger in Lewistown, Pa., in 1956.

He is preceded in death by his parents, Amado Salazar and Maria Elsie Gutierrez; beloved wife, Marilyn Grace Steinberger; and brother, Lloyd Salazar.

Grave site service will be held at Maitland Cemetery in Lewistown, Pa., and a memorial service to be held in Taos, N. Mex. Date, time, and venue of both services to be announced at a later date.