The online news site, InkFreeNews, carries a story about Homer Rodeheaver, a former Winona Lake, Ind., resident, who served as musical director for Billy Sunday and led one of the largest gospel music publishing companies in the world. Terry White, faculty member at Grace College who volunteers at the Winona History Center at Grace College, was interviewed. A portion of the article appears below. Click here to read the complete story. 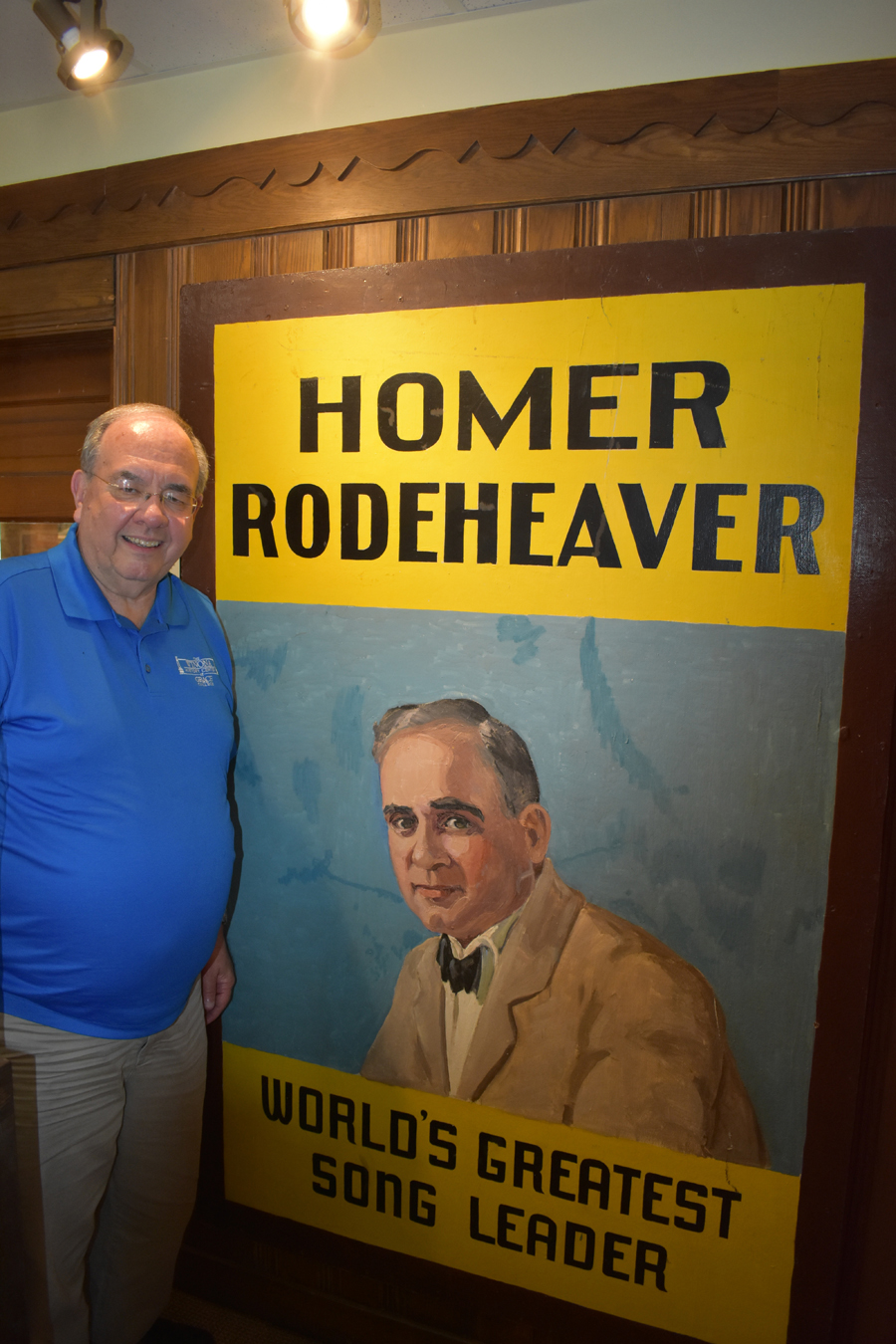 Author, educator and musician Terry White stands with a poster of Homer Rodeheaver, one of many artifacts kept at the Winona Historical Center, which once served as the headquarters of the Rodeheaver Publishing Company, the largest gospel music publisher in the world with 6,000 copyrights. (Photo by David Hazledine)

In the early 1900s, long before the invention of such musical categories as “Christian rock” or “contemporary Christian,” Homer Rodeheaver, a charismatic trombone player and musical director for Billy Sunday, combined religious zeal with business acumen to make Winona Lake the Tin Pan Alley of gospel music, and his influence can still be felt today.

At the time of his death in 1955, Rodeheaver’s publishing company was the largest publisher of gospel music in the world, holding some 6,000 copyrights. The most successful, “Old Rugged Cross,” written by George Bennard, sold over a million copies in 1913, and was sung by Virginia Asher, the head of Sunday’s women’s ministry.

As a volunteer at the Winona History Center and author of “Winona at 100: Third Wave Rising,” as well as being a musician and educator, Terry White has studied the life of Rodeheaver, and its influence on Winona Lake.

Although Rodeheaver wrote around 50 songs himself, White believes his “genius” was in music publishing, acquiring copyrights from poets and hiring arrangers to put the words to music, all of whom he met throughout the 20 years on Sunday’s wildly successful evangelical “crusades.”

“One tune could make bundles,” White noted. This was achieved through the sale of numerous arrangements, including solo versions for low, medium and high voices as well as for quartets, orchestras and so on.