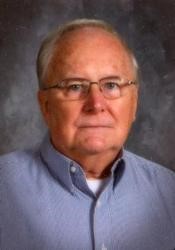 He was born on October 25, 1935, in Philadelphia, Pennsylvania, to James Ernest and Ellen Margaret (Snyder) Guiles. On October 6, 1956, at Third Brethren Church in Philadelphia, he married Irene Ann Horst, who survives.

After graduating from Northeast High School in Philadelphia, he attended Temple University. He graduated from Grace College and from Grace Theological Seminary in Winona Lake, Indiana, with a Bachelor of Arts degree and a Master of Divinity degree. He worked as the Financial Aid Director for Grace Schools and served on the Board of Trustees of Grace Schools for sixteen years.

While in Grace Seminary he was pastor of Skinner Chapel in Twelve Mile, Indiana. He served as a pastor in the Fellowship of Grace Brethren Churches in Bethlehem, Pennsylvania; Fort Worth, Texas; and Maitland, Florida. In October 2000 he retired from pastoral ministry and moved to Warsaw, Indiana, and began working for Grace Brethren International Missions. He was a member of Community Grace Brethren Church of Warsaw where he served on the Board of Elders, was Pastor of Seniors, taught Bible Classes and led Small Groups.

Also surviving are five grandchildren: Daniel, Jonathan, Brandon, Mark and Melisa; as well as his sister Joan and her husband Bill Ambacher of New Holland, Pennsylvania. He was preceded in death by his parents and one sister.

Callers will be received at Irene’s home, Tuesday through Thursday from 3 p.m. until 5 p.m. A private family graveside service will be held at Oakwood Cemetery of Warsaw, Indiana. A memorial service will be held Saturday, September 24, 2011, at 10 a.m. in the Community Grace Brethren Church, 909 South Buffalo Street, Warsaw, Indiana officiated by Reverend Steve Bailey.

Redpath-Fruth Funeral Home was entrusted with the arrangements.

MEMORIALS: Memorial donations in Ronald’s name can be directed to Grace Brethren International Missions, P.O. Box 588, Winona Lake, Indiana 46590 and would be appreciated by his family.