Tom Roy, a name long-familiar to fans of Grace College baseball, was recently named assistant coach at the college under head coach Cam Screeton. The local online news site, InkFree News, featured Tom not long after the announcement was made. A portion of the story appears below. Click here for the complete story. 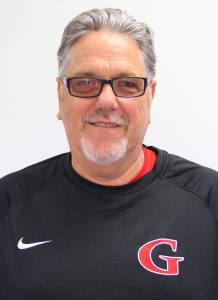 Grace College’s baseball program will be welcoming a familiar face into its dugout when the team retakes the playing field in February. Tom Roy recently was named as an assistant coach by Head Coach Cam Screeton. However, Roy’s roots in the program go all the way back to 1970 when he served as the team’s pitching coach under then-head coach Chet Kammerer, the winningest coach in Grace’s history on the diamond.

At that point, Roy was around the same age of the players he was mentoring. Two years earlier, he was toiling in the minor league system of the San Francisco Giants, after signing a contract in 1967 as a 17-year-old pitcher out of Grafton High School in Wisconsin.

“Actually, I was probably better known as a basketball player than a pitcher back in those days,” said Roy. “At that time, you had to commit to one sport to play professionally, and I knew that I wanted to give baseball a shot.”

Unfortunately for Roy, 1968 was to be his only season as a professional baseball player, as injuries derailed his playing career. He then began to pursue a career in radio broadcasting, during which he met Pastor Paul Moehler, who told him of opportunities at Grace College, a place wholly unfamiliar to Roy. New to his Christian faith, Roy and his new wife, Carin, eventually packed their few belongings and made the trek to Winona Lake, a place they still call home nearly half a century later. “We were living on a shoestring when we came to Indiana,” Roy recalled.

Before Roy even graduated from Grace in 1974, Tippecanoe Valley High School contacted him, offering the opportunity to become the school’s first baseball coach, a position he held from 1974-76. Following that stint, Roy took his coaching talents to Huntington College for three years before returning to Grace College as its head baseball coach, leading the Lancer diamondmen from 1980-83. Most recently, he served as the team’s chaplain, traveling with them on their early season “southern trip.”