Scott Moore, first-year head basketball coach at Grace College, Winona Lake, Ind., is profiled in his hometown newspaper this week. The Post and Mail, Columbia City, Ind., has featured the former roundballer for Columbia City High School. If you are in the area, the story is available in the print edition. Below we’ve included the teaser included in its online edition.

A Day in the Life: CCHS Alum Turns Coach 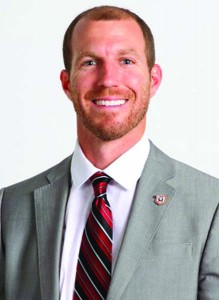 Not everyone is cut out to be a head coach. Playing a game and instructing someone else on how to do it successfully can be two vastly different challenges. But if you ever watched former Columbia City basketball player Scott Moore on the court it was always obvious he would be a head coach somewhere one day. That day is now as Moore is in his first season as the head men’s basketball coach at Grace College.

“It’s been awesome,” said Moore of his new job. “I told myself I was going to have great relationships with the kids.”