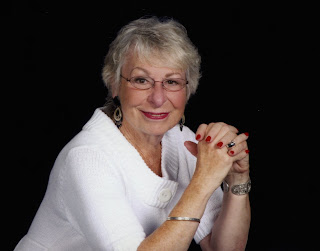 Evelyn Gibson, right, a 17-year member of Grace Community Church, a Grace Brethren church in Seal Beach, Calif., has received the prestigious Lewis Hine Award for Service to Children and Youth from The National Child Labor Committee (NCLC). She is a volunteer with Court Appointed Special Advocates (CASA) of Orange County, Calif.

Named for the acclaimed photographer who documented early twentieth century exploitation of child labor, the Lewis Hine Award for Service to Children and Youth is bestowed annually to ten relatively unknown men and women for their efforts on behalf of the health, education, and welfare of children and youth, particularly those at risk. Recipients come from many walks of life and from across the U.S., and are selected by a panel of distinguished judges from nominations submitted by elected officials and community leaders.

Evelyn has been a volunteer Court Appointed Special Advocate (CASA) for 20 years, advocating the interests of abused, abandoned, and neglected children in court dependency. The children Evelyn has served have been sexually abused. In 2007, Evelyn was honored with CASA’s National Child Advocate award in ceremonies held in Orlando, Florida. She is employed by Ambassador Advertising Agency, headquartered in Irvine, Calif. She is also a sponsor of children in countries served by Compassion International and does extensive travel in South America and Africa on behalf of children.

Helping children is something Evelyn knew she would do ever since she was a child herself growing up in a family where volunteering was part of life. She says, “even at the age of 90, my mother was knitting mittens for orphans in Alaska. It was never a matter of would I volunteer, it was how would I volunteer.”

For Evelyn, being an advocate for children fulfills the admonition in the Old Testament book of Proverbs: “Speak up for those who cannot speak for themselves!” She adds, “An abused child, a child from my own city, an African child, a South American child—children are our future leaders. We must not neglect any child anywhere.”

At Grace Community Church, Evelyn also is vice chair of the leadership council and is a member of the adult choir. She is vice president for communications at Ambassador Advertising.
Social Share