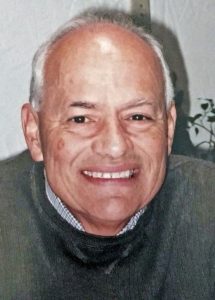 Services for former Grace Brethren pastor, Gene Klingler, have been scheduled. They will be held at 10:00 a.m., Saturday, April 14,  at Cross Bridge Church, 651 Barnes Blvd., Rockledge, Fla. 32955. His obituary is included below.

Gene graduated from Bob Jones University then earned Master’s degrees from Grace Theological Seminary, Florida State University, and Arizona State University. After a short stint as a teacher, Gene entered the pastorate. He pastored congregations in Xenia, Ohio, and Dallas, Tex., as well as Grace Brethren churches in Long Beach, Calif.; Fremont, Ohio; Pataskala, Ohio; and  Suntree, Fla, retiring in 2012 having spent 50 years as a minister.

Remembered as a man who loved God and faithfully studied and taught His word, Gene was thoughtful, humorous, an Ohio State Buckeyes fan, and a lover of his family and Consumer Reports. He is greatly missed by his family and friends.

Donations may be made in Gene’s memory to the William Childs Hospice House, Palm Bay, Fla.