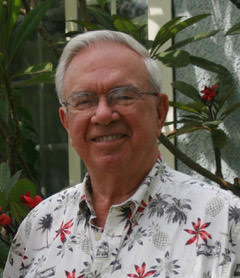 The memorial service for Dr. Wayne Flory, former professor and Grace Brethren pastor, will be Sunday, August 13 at 1:30 p.m. It will be at Los Altos Grace Brethren Church, 6565 Stearns St. in Long Beach.

Ordained to the Christian ministry in 1951, he was a tenured professor at Biola University, where he taught full-time from 1972 until 2004. He also served as vice president of Brethren Schools, Paramount, Calif, from 1967-1972 and as Executive Field Secretary, Los Angeles County for Christian Endeavor from 1959-1963. He served as pastor at the First Brethren Church of South Gate, Calif., the Los Altos Brethren Church, Long Beach, Calif., and Community Brethren Church of Whittier, Calif.  From 1953-1955, he served as a Grace Brethren chaplain (First Lieutenant) in the U.S. Army.

He is survived by his wife, Jaqulyn, daughters Kathleen, Linda, and Maureen, and son Richard.