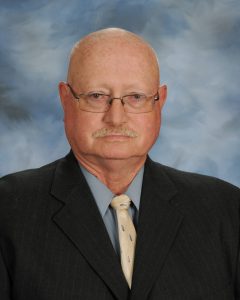 As a long-time newspaper reporter and editor, Harry Saltzgaver has a front seat to happenings in his community. When he’s not covering the news, he’s a part of making the region better. The executive editor of the Grunion Gazette, a community newspaper in Long Beach, Calif., he’s served on multiple nonprofit boards. In addition, he’s continuously served on various city boards for more than 20 years, beginning with the Arts Council and then the Parks and Recreation Commission.

His current service on the Long Beach Water Commission has been the culmination of more than 40 years of interest in water policy, beginning when he was a young newspaper reporter in Colorado.

“I believe that this service is an opportunity in stewardship of God’s Creation,” says Saltzgaver, who has attended Grace Community Church, Seal Beach, Calif. (Bob Wriedt, pastor), for more than 20 years.

“Our experience in Long Beach of emphasizing conservation has opened the door to conversations about man’s place in the world,” he adds. “While there is little direct sharing of faith in my role as a commissioner, I do believe I have modeled a Christian approach to dealing with natural resources.”

He’s served on the commission for five years, serving as president for two of those years. During that time, he’s helped guide the city through the worst drought in 50 years, largely through conservation programs.

“Being a public servant with an emphasis on being ethical and a careful steward of natural resources, along with a public knowledge of my faith walk, has — I hope — offered an example of a Christian serving mankind, and God,” he says.