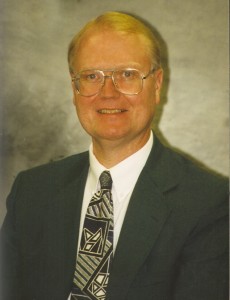 This announcement comes from the Grace Brethren Investment Foundation board of directors, which met last week in Columbus, Ohio.

The board of directors of Grace Brethren Investment Foundation (GBIF) is pleased to announce that Ken Seyfert has been selected by the board to succeed Larry Chamberlain as the Foundation’s CEO/President, effective at the next board meeting in the spring, 2013. Ken has served the Foundation for fifteen years, overseeing daily operations and management of the investment and loan portfolios. Prior to his service with the Foundation, Ken was an Investment Executive with Fahnestock & Co., in Harrisburg, Pa. having passed the Series 63 and Series 7 securities examinations. He is licensed in all states in which licensure is required for GBIF’s securities registrations. He holds a Bachelor of Arts degree magna cum laude from Lebanon Valley College and is a graduate of the PBA School of Banking and Finance at Bucknell University, Lewisburg, Pa.

In addition to his responsibilities at GBIF, Ken serves as chairman of the FGBC Retirement Investment Plan and is an active member of Winona Lake Grace Brethren Church, serving on an advisory committee to the Board of Overseers. The Succession Task Force of the GBIF stated in its recommendation to the board, “Ken is a man of faith, displaying Christ-like characteristics of honesty, integrity, loyalty, teachability, commitment, prayer, and faithfulness. He has fostered over the years many friendships and contacts with individuals, churches, and organizations associated with the Fellowship of Grace Brethren Churches.”

Mr. Seyfert will serve as president-elect until the spring 2013 board meetings, at which time he will assume the CEO responsibilities from Larry Chamberlain, who has served with the GBIF from 1977 and as President/CEO from 1989.  Dr. Chamberlain will retire in August, 2013, completing 36 years of service.