Sibley Edmiston With the Lord 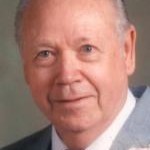 He was born on December 17, 1921 in Topeka, Kansas, to Lester Harry Edmiston and Leona Dantie (Dawson) Edmiston. Sibley was married on January 22, 1946, at Long Beach, California to Willetta Marie Hanson, who survives.

He graduated in 1939 from High School in Pasadena, California. He then enlisted in the U.S. Army in 1942 serving as a sergeant in Italy during World War II until his honorable discharge in 1945.

Sibley served as an interim pastor in Taos, New Mexico in 1949, and attended Grace Theological Seminary in Winona Lake, Indiana, from 1950-1953. From 1953-1965 he served as a Grace Brethren missionary in Mexico. After retiring from the mission field of the Brethren Foreign Missionary Society he worked as a postal carrier from 1966-1986. He was a resident of Kosciusko County, Indiana, for the past 25 years and was a member of Winona Lake Grace Brethren Church.

His funeral service will be conducted Wednesday, December 29 at 10 a.m. at Redpath-Fruth Funeral Home, Warsaw, Indiana officiated by Reverend Tom Miller. Burial will be at Oakwood Cemetery, Warsaw, Indiana, with military rites conducted by the American Legion Post #49 and V.F.W. #1126 both of Warsaw and the Indiana ARNG Honor Guard.