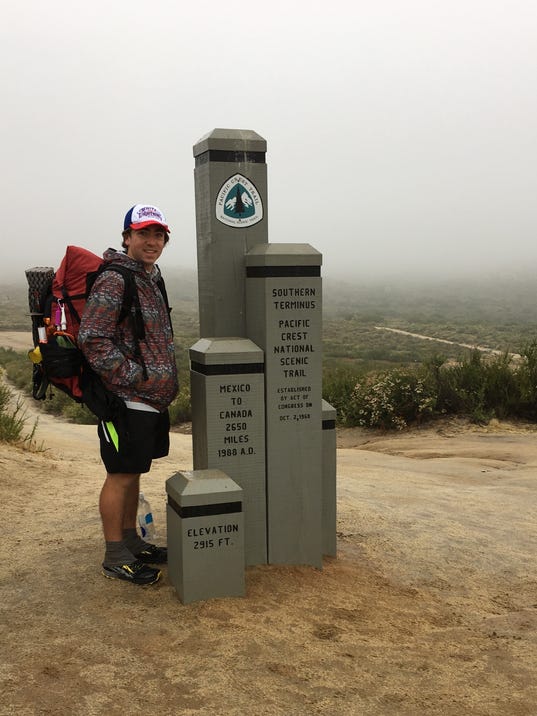 Don Kreitz stood on a narrow path carved into a steep, snowy slope in the photo taken somewhere high up in the Sierras.

After six weeks on the Pacific Crest Trail, the 24-year-old from Simi Valley had hiked hundreds of miles, braved a triple-digit heat wave in the desert and climbed icy mountains and was on his second pair of shoes.

Before he finishes this fall, he hopes to have hiked the entire 2,650 miles of the Pacific Crest Trail, which stretches from the U.S.-Mexico border in California to Canada.

For Kreitz, the first couple of weeks hiking 20- or 25-plus miles a day were a little rough.

“But after that, I’m feeling really strong,” he said late one afternoon from somewhere around the 670-mile mark a day or so before he crossed into the Sierras.

“I don’t really have any blisters or aches. It’s just kind of the tiredness, but it’s not that bad at all.”

The hike was his chance to pursue a dream – one that would take him through the backcountry, at times 40 or so more miles from the closest town, spots with no cellphone service or roads.

“You see things that probably 99 percent of the population will never see,” he said.