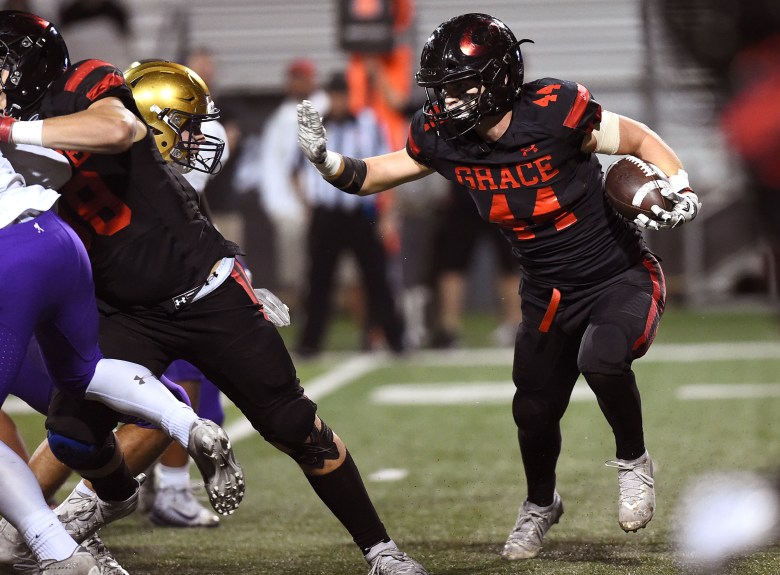 A year removed from a CIF State playoff defeat, the Grace Brethren football team has been laser focused on getting another chance.

Yet another double-digit win season has been achieved, a sectional title, and on Friday night a second consecutive SoCal Regional title plaque was lifted after a 28-14 win over St. Augustine of San Diego at Cal Lutheran University.

The Lancers claimed the SoCal Division 2-AA title and will play in the CIF State championship game in two weeks.

“We know how rare it is to play in two straight CIF State championships,” Grace Brethren coach Josh Henderson said. “But we also knew we were capable of doing it. After losing in last year’s game, it’s been a goal of ours. We always talk about it, and we feel the pressure to deliver it for our program and our school.”