The Simi Valley Acorn is reporting today on the awards received earlier this year by teams from Grace Brethren Schools who competed in the Vex Robotics State Championship. A portion of the story appears below. Click here to read the complete article. (Grace Brethren Schools is a ministry of Grace Church, a Charis Fellowship congregation in Simi Valley, Calif., Jordan Bakker, senior pastor.) 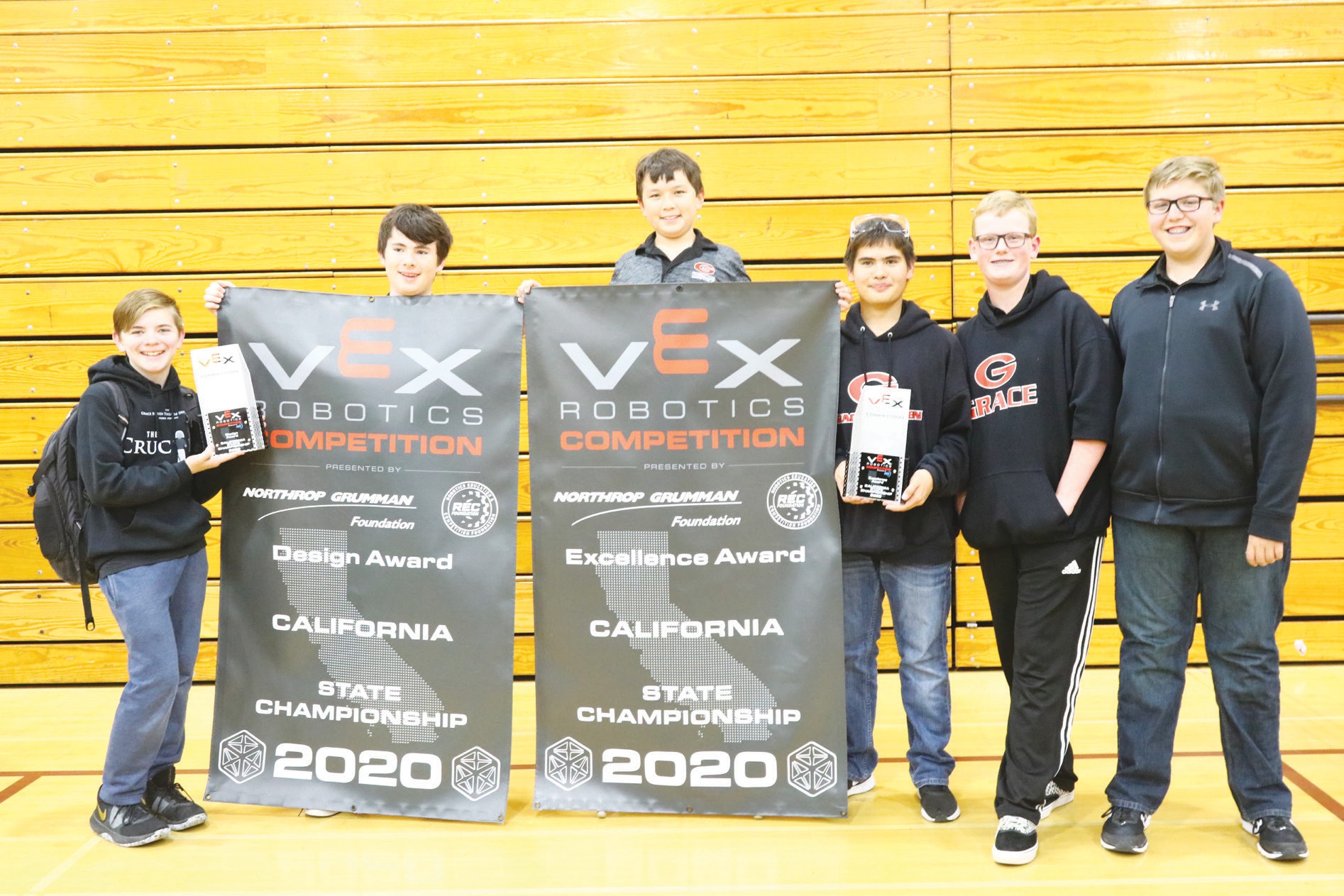 Both teams qualified for the VEX Robotics World Championship that will take place next year.