Sparking a Passion for Leadership 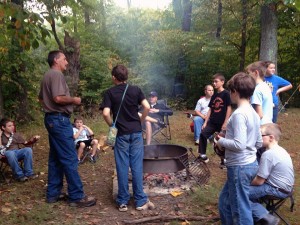 Nurturing future leaders is simple. All it takes is a little time and the right tools to spark a passion in a young boy.

Grace Brethren Boys (GBB) is a ministry to young boys that uses outdoor skill-building activities like fire starting and tent building as a vehicle for the opportunity to be mentored by Christian church leaders and men in the church. Established in 1974, GBB was modeled after the Boy Scouts and the mandate in 2 Timothy 2:2. In the program, unit leaders take the boys on camping and service trips, guide them through Scripture and teach them the basics of the Christian faith.

Rob Gable, director of the GBB for the past five years, understands the life-changing impact of men mentoring younger men. “There’s a huge need for young men to be developed into leaders in their families, churches, and communities,” he explains. “Right now—not just in GBB church culture—there’s a lack of men leading in all areas of ministry, so we want to start building our boys into future godly leaders.”

William Wegert, who grew up in a Grace Brethren church in Fremont, Ohio, and participated in GBB with his father, Matt, believes the ministry had a profound impact on his leadership skills and spiritual development. He also watched the program positively influence his peers, some of whom didn’t have fathers.

“One boy I remember didn’t have a dad. His whole life was Grace Brethren Boys because Tim Soule, his unit leader, became almost his working father, taking him on all the camping trips and spending lots of time with him. Grace Brethren Boys implemented that sort of fatherly role for boys that didn’t have one, and it encouraged the church men to follow suit with their own sons.” 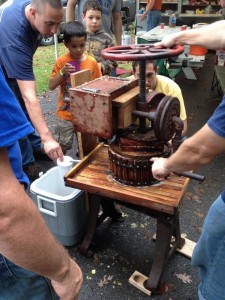 The boys learned to make apple cider at the recent Fall Outpost.

“At the time it was all fun—learning knots, camping, memorizing Bible verses, and camaraderie with other boys. Looking back, I realize GBB helped me know what it meant to be a good man, and I aspired to become one. It was simple stuff—learning basic outdoor skills like backpacking and tying knots, combined with elements of service and putting Christ at the center. GBB made learning those things enjoyable and tangible.” 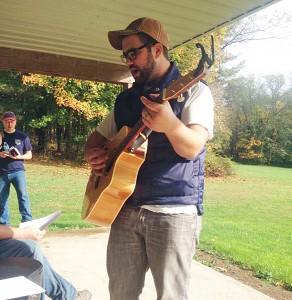 Currently GBB is in the process of refocusing slightly, giving more emphasis to Bible teaching and service. They will add “Recruit” to the boys’ list of ranks to achieve, highlighting the importance of sharing the opportunity with others. They also have started doing more volunteer work.

“During the camping trips, we always do some sort of work project where we just serve the camp with no expectations in return,” said Gable. “We’ve done everything from digging waste water holes to picking up trash to trail maintenance.”

Gable is encouraged to see several of graduating GBB guys attending a Christian college with an emphasis on youth ministry or missions. Currently 15 Grace Brethren congregations in Indiana, Ohio, and Pennsylvania are involved with GBB, and Gable hopes to see many more men mobilized and impassioned to disciple the next generation of Christian leaders and missionaries through GBB’s simple, effective methods.

“Boys and young men need to see godly leadership modeled through an experienced man. GBB does that and is focused on strengthening leadership, building God’s kingdom through outreach, and weaving service into young men. Every church could benefit from a ministry that’s focused on that.

“Doing so isn’t difficult—it just requires a man to step up and do what is called of him through God’s word.”