The online news site, InkFreeNews, carries a story today about Brooke Sugg, the stand-out basketball player at Grace College from Fishers, Ind. A portion of the story appears below. Click here for the complete article. 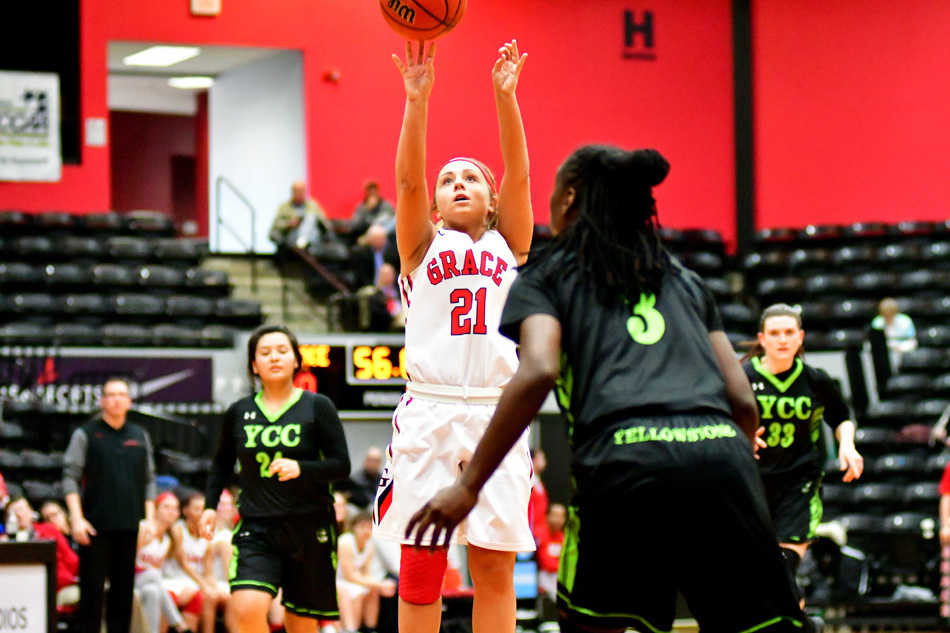 Grace’s Brooke Sugg has come a long way to rise up for the Lady Lancers. (Photos by Mike Deak)

The smile on Brooke Sugg’s face has been a mile wide for five straight months. Rightfully so.

After missing most of her sophomore season to a torn ACL, Sugg fought back to not only get on the basketball court to compete her junior season for the Grace women’s basketball program but came back with a vengeance.

Just getting to the point that trust in her right knee would hold up was a mind trick in its own, one Sugg felt was the most difficult thing she’s dealt with as an athlete.

“The trainer looked at my knee and thought it was fine,” said Sugg, who hurt her knee at a tournament in Hawaii in December 2016. “I could still walk after I hurt it, and it felt like a sprain if anything. We went to the beach later and I swam. I was in Hawaii, I was with my best friends and was going to make the most of it.”

The process of recovery took a lot of patience and faith, as well as six months away from her basketball routine in the middle of the season. Having to relearn to cut, turn, walk and run on a ligament that was continuously tender was obviously tedious, but Sugg was eager to get back to the game she loves.