In March, the Momentum Urban Center in Philadelphia welcomed its first groups since the pandemic halted operations last spring. The Urban Center is part of Momentum Ministry Partners, a national ministry of the Charis Fellowship, and operates as both an outreach to the Philadelphia area and a training center for church groups. 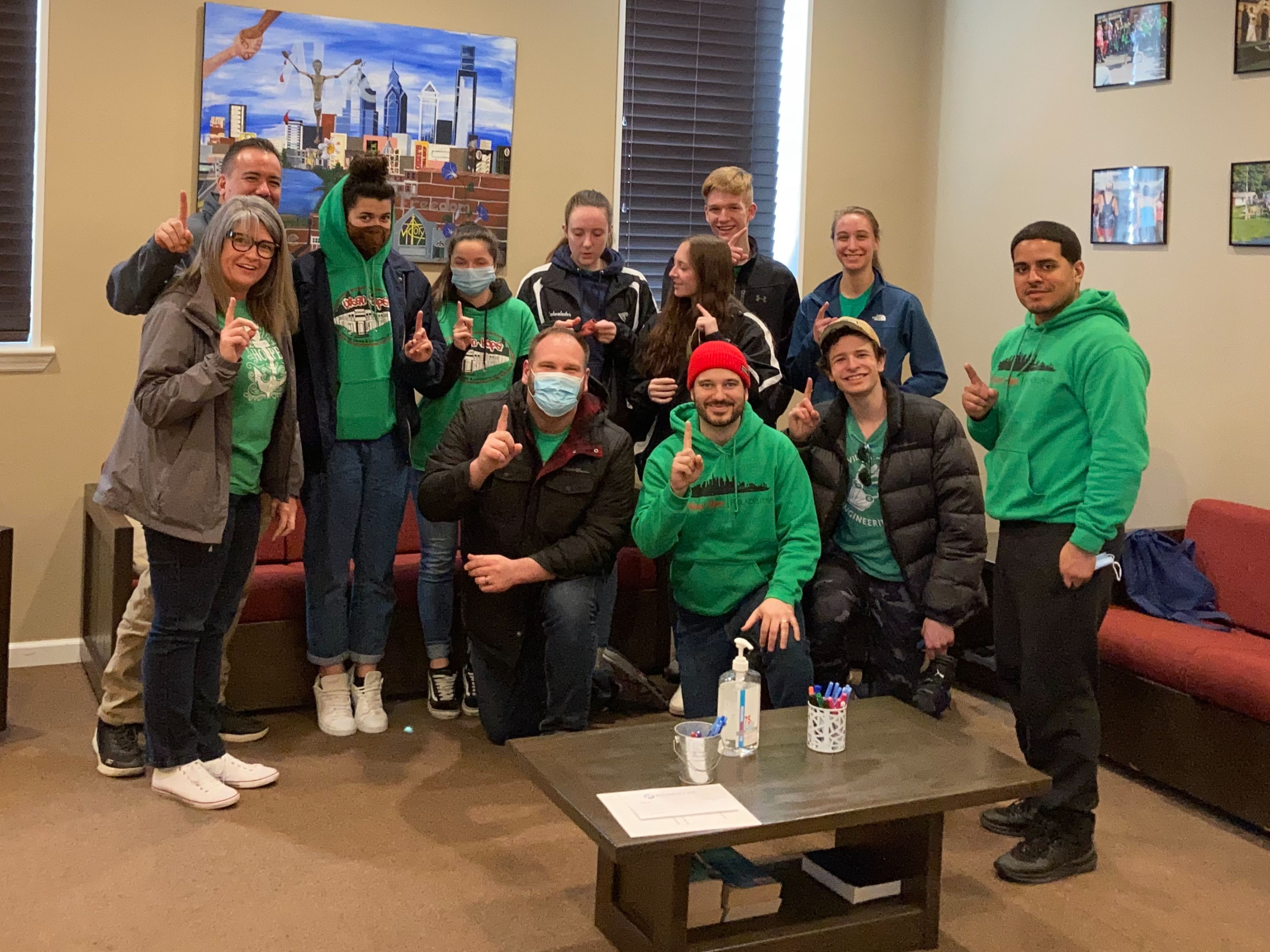 They were also the first groups to be hosted by the Urban Center’s newest director, Andy Michael, who started his position last summer. “They were the best two groups we could have asked for,” Andy said. Working with Andy is Rob Rojas, facilities manager and community liaison.

The first group was from Lititz Christian School, located an hour and a half west of the Urban Center in Pennsylvania, and led by school faculty member Erin Chaboya. The group consisted of three adults and eight National Honor Society students, some of whom had visited the center in 2019 and requested to return. 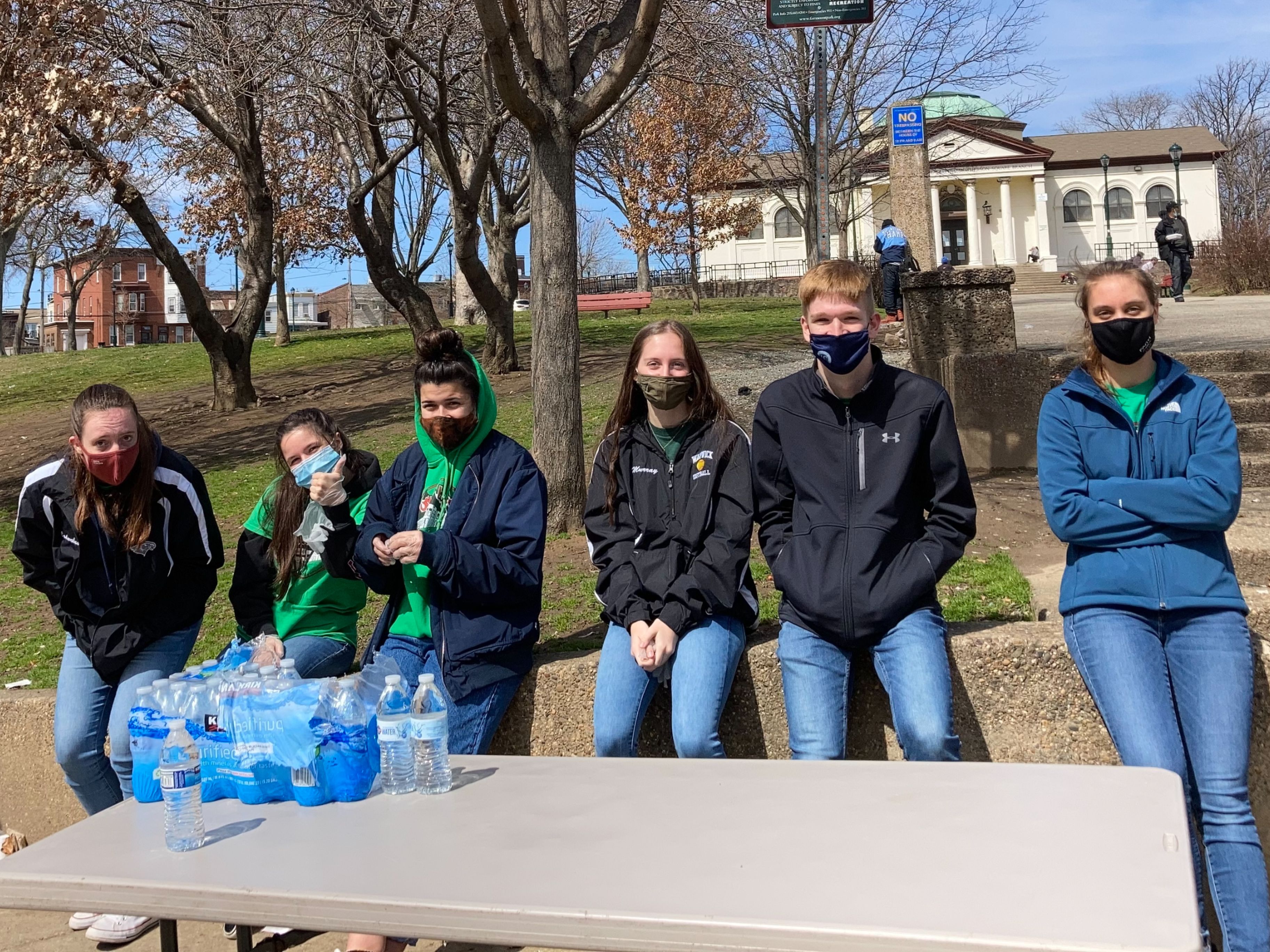 “In school, we talk about community and spiritual poverty,” Erin said, “and on this trip, the kids saw what happens when hope and the Holy Spirit are absent from a person.” The group brought food and water to distribute in a nearby area called McPherson Square, nicknamed “Needle Park” for its consistent and open drug activity.

The group started their day with a one-hour training from Andy. “I felt a bit of pressure and probably over-prepared, but once we got going, I was just sharing my heart. I’ve worked on it so hard for so long, so it was easy to share,” he said.

While at the park, the kids had conversations with individuals in the area while they distributed sandwiches, hot dogs, and water. “Both Andy and Rob were encouraging and modeled how the students should talk and interact with the people in the park, but they also stood back and let them do what they were comfortable with,” Erin said of their experience. 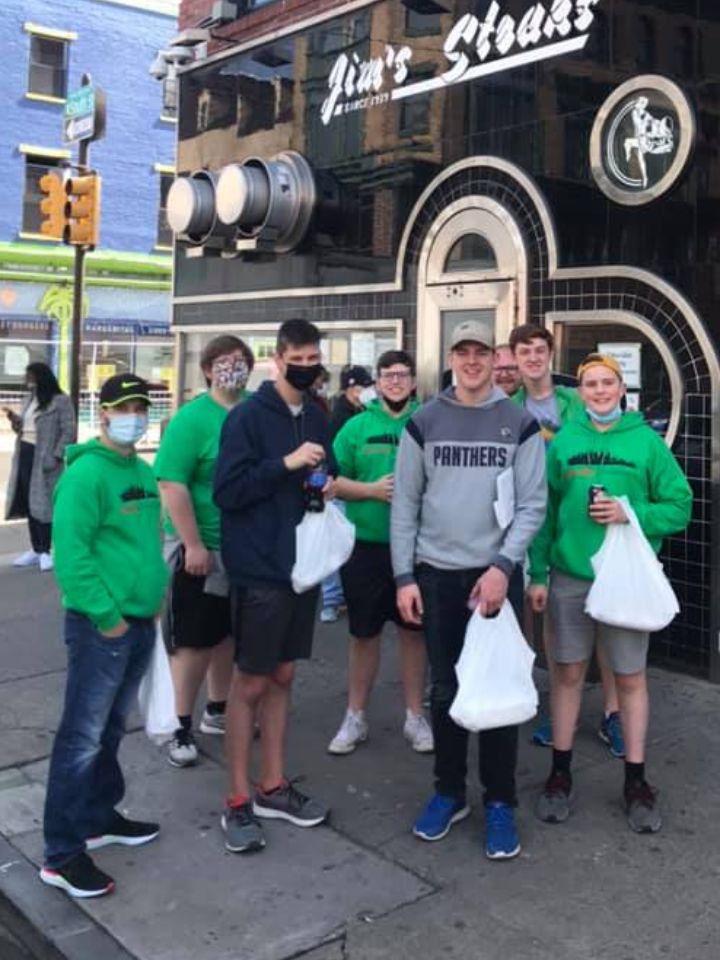 “The main goal in going was to serve Andy and Rob and do as many projects as we could,” Dave explained. The group painted dorms, power washed a wall, assembled IKEA furniture, and hung wallpaper. Andy was impressed with the group’s willingness to do any task — even picking up trash in the street, painting a ceiling, and carrying heavy furniture — without complaining. 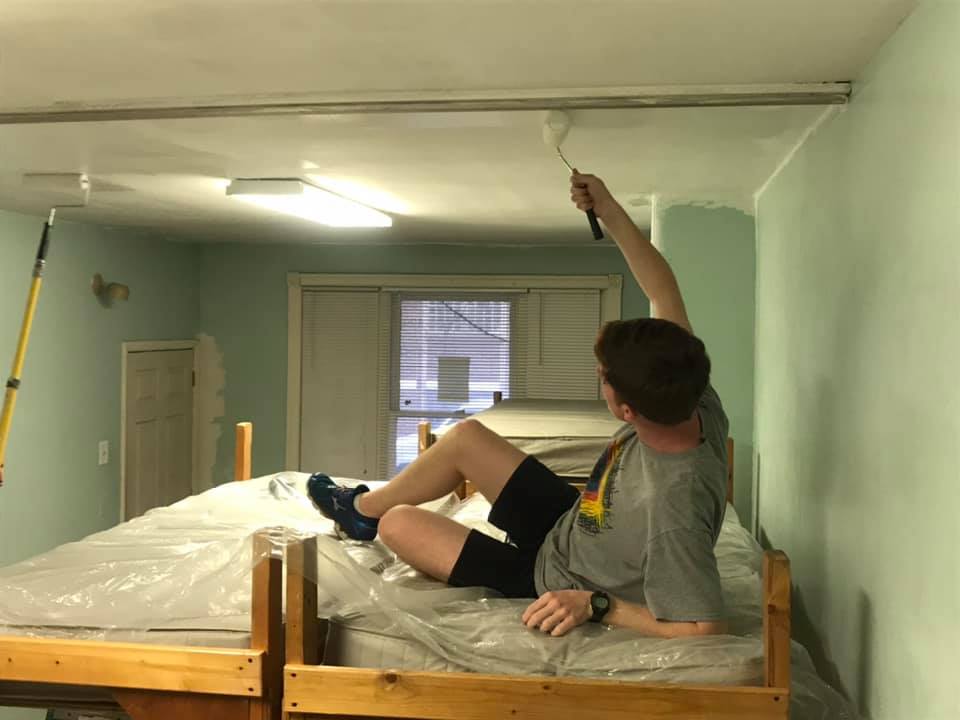 Sam, a student from Grace Polaris Church, said, “The people at the Urban Center showed me how to care for a project. There are only two people working there: Andy and Rob. They both work all day to make the Urban Center the best it can be. That’s how you care about something.”

Dave first visited the Urban Center during its inaugural year in the late ‘90s and has since visited dozens of times as a college student, Travel Teams leader, bus driver, and youth pastor. Dave shared his heart for the mission and led the group to an eclectic area called South Street for observation. “As we debriefed, the experience wasn’t for them to say, ‘So glad I don’t live like that’ or ‘I have pity for them,’ but for the students to see the brokenness, lostness, and darkness so their hearts can be moved to compassion…we were learning to see people the way Jesus saw them.” 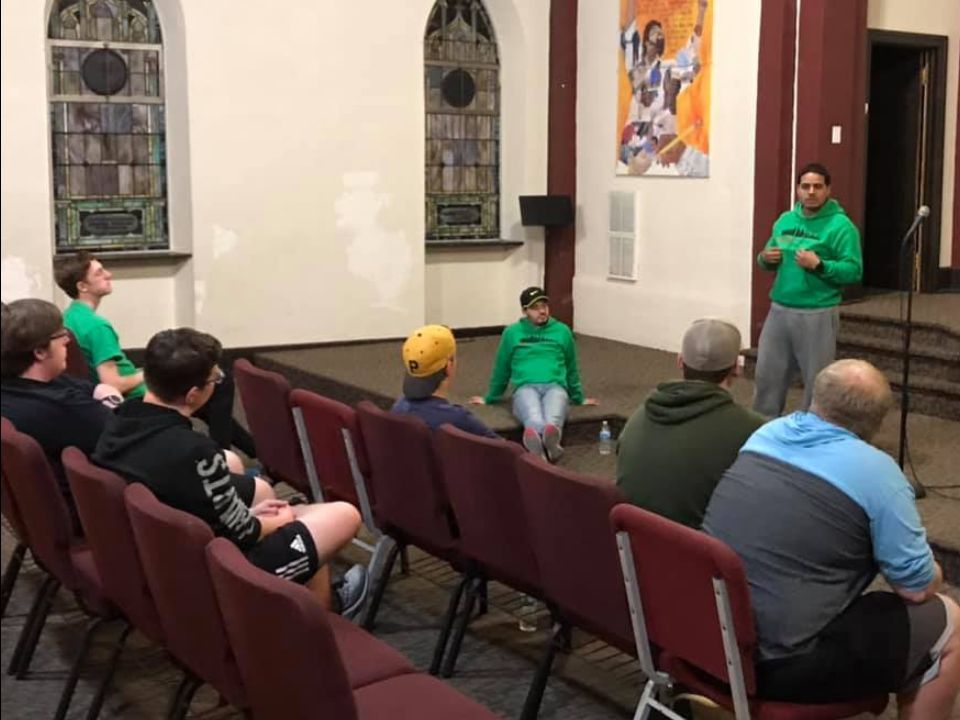 As Andy’s first week-long team, he could to test out and tweak his training sessions with the group. One area they discussed was how easy it is to go through life with your head down and not notice the people around you. They worked on identifying “Your Three” people at home to be praying for. Another student, Josh, commented, “We also got to talk to lots of people and share the word of God with them. I met some amazing people and got to talk to them about God the Bible and why I’m a Christian. I’m so blessed that I was able to go and I recommend going.”

When asked what they would say to groups considering a trip, both Erin and Dave gav 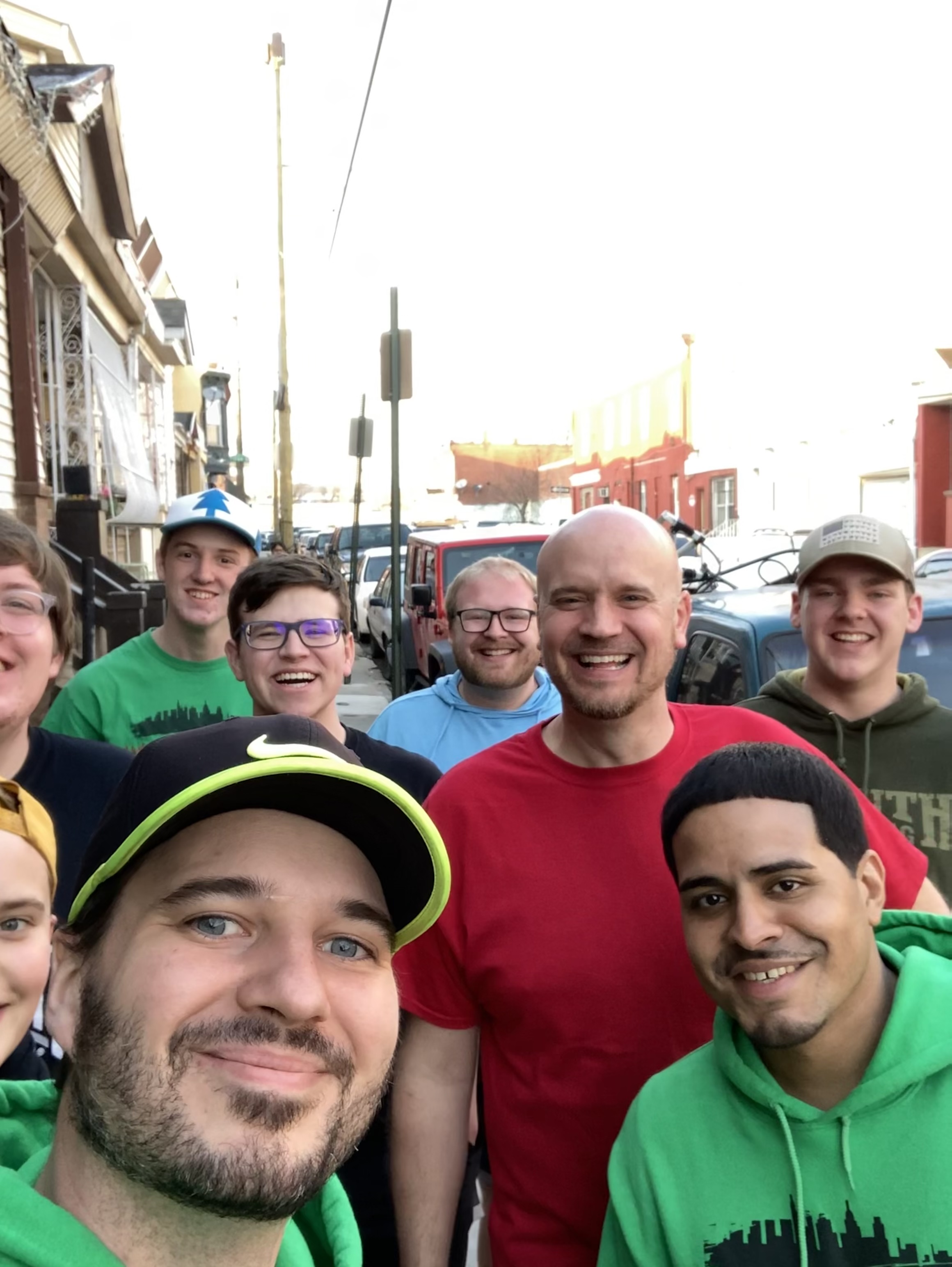 e a resounding, “Do it!” Dave advised, “Go with a heart to serve and learn, but go prepared to come back changed… go prepared to take what you learn there and put it into practice when you come home.” Erin added, “If you’re looking for something that has tangible Kingdom impact, that’s the place to go.”

The Momentum Urban Center in Philadelphia has teams scheduled throughout the summer months. Request more information about visiting the center here. Pray for Gospel impact through Andy, Rob, and the teams they host. Send Andy an encouraging note here.