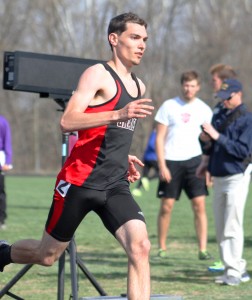 Taylor crossed the finish line in a record-breaking 48.18 seconds during the preliminary race, placing 11th nationally. He missed qualifying for the finals by just 0.13 seconds.

“Lance handled the pressure of nationals very well and competed with the best in the NAIA,” said Grace head coach Jeff Raymond. “He completed a great season today and, as a sophomore, I know we’ll see more success over the next couple of years.”

Friday officially marks the end of Grace’s outstanding track and field season. The Lancers set 13 new school records during the indoor and outdoor season and tied another record as well under Raymond’s coaching.