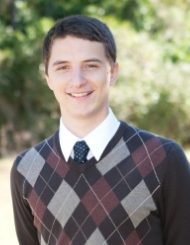 Ben Russell moved to Sebring, Fla., to study the Bible and ended up developing a career as a videographer.

Benjamin Russell (pictured at right) moved to Sebring, Fla., in 2011 to attend Great Commission Bible Institute (GCBI) with the desire to pursue full-time ministry. He decided to stay in the area after he graduated–he had developed good relationships with the pastors there and wanted to continue his studies. What he never expected was to make video a career.

“I’ve always had an interest in video but I never pursued it,” he explained. “I grew up in a blue collar town where people rarely pursue artistic careers. I moved to Sebring and the Lord just threw it in my lap.”

In October of 2012, Russell went to South Africa to pick up some equipment from Kerugma Productions, a video partner who had donated some equipment to GCBI. With a new resource at hand, Russell started brainstorming with Dr. Randy Smith, founder and teacher at GCBI and pastor of Grace Church of Sebring, Fla., for ways to reach others with solid Bible teaching.

“There had been a plan in place for a couple of years to capture the curriculum of the year of teaching at Grace Commission Bible Institute. We had the equipment in place to do video work, and I was in the process of being trained. We knew we needed something a bit more accessible than just recording hours upon hours of Bible teaching.”

That’s when Russell and Smith had an idea: Why not create a series that covers all 66 books of the Bible in a simple, one-hour format? And the One Hour. One Book. project was born.

Smith already taught through the Bible every year at GCBI, so it was a matter of filming and editing content that already existed. Yet the process was more complicated. It became a part-time job with Russell filming hours of teaching and then painstakingly filtering through the content to create videos.

On September 11, 2013, Russell uploaded the first video on the book of Matthew to the newly-launched YouTube channel. Over the next few years, he continued his work, teaching himself video editing along the way.

“It was slow at first. I was working part-time on the project as well as two other jobs. Much of the first six months was just figuring everything out. I had a week-long video training crash course with the guy who donated the equipment, but a lot of it I taught myself.”

A few months ago, the project reached the landmark of the entire New Testament becoming available on the channel, which has more than 1,500 subscribers. The One Hour. One Book. project is nearing completion with seven books remaining, and Russell and Smith already have a few more projects in the works to augment the resources already available.

But Russell has also branched out, using his hard-won skill of video editing to find jobs in the private sector. He is currently doing marketing for local businesses on the side as he trains to become a pastor.

“I’ve known since I was young that I wanted to be in ministry, but I knew that I wanted something else because I’m a practical guy…I see it being a pretty major part of the rest of my life. This project has spring boarded an entire section of my career. It’s been a wild ride.”