Terri Firestone, wife of Reid Firestone, who pastored the Grace Brethren Church in Homerville, Ohio, from 2012 until his retirement, has died. Her obituary appears below. 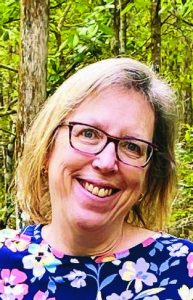 Teresa ‘Terri’ Firestone, 62, of Ashland, Ohio, passed into eternity Monday, August 30, 2021 at LSS The Good Shepherd in Ashland, Ohio. She was born in Dayton, Ohio to Dennis and Margaret (Hollinger) Miller January 27, 1959.

Terri’s life was centered on faith, family and friends. She was committed to humbly serving her family, friends and community in ways large or small. She was genuinely interested in the people that she met in her life, each person providing an opportunity to listen and to “see” the person with whom she spoke. According to Terri, everyone could write a book!

Terri was a graduate of Trotwood Madison High School and Ashland College (University). On April 4, 1981, Terri married the love of her life, Reid Firestone in Dayton, Ohio. She was a devoted and loving wife, mother and grandmother. In prior years, she had worked as a secretary. In recent years, she served in her favorite job, a professional ‘MiMi’ to her seven grandchildren.

Terri was a follower of Jesus and most recently affiliated with Ashland Grace Brethren Church and Wakeman Friends in Fellowship. Her quiet faith is a reflection of Proverbs 3:5-6, her favorite Bible passage. Terri was an accomplished pianist; over the years she played at her home church in Dayton and more recently at several churches in Northern Ohio.

Terri enjoyed traveling with Reid, family and friends to their ‘Sturgeon Bay Getaway’ in Wisconsin; to Florida for cold weather respites in the winter; and they had enjoyed ‘getting their kicks on Route 66.’ In previous years, Terri enjoyed traveling to and camping in Tobermory, Ontario, Canada with the family and dear friends. She also enjoyed crocheting, baking her famous cinnamon bread for the local farmers’ market, caring for numerous children at the local MOPS/MUMS group, watching ‘The Andy Griffith Show,’ ‘The Sound of Music’ and ‘The Music Man’ on repeat.

Terri was preceded in death by her father, Dennis Miller; her step-father, James Wells; and her grandparents.

Memorial contributions may be made to The American Cancer Society, Pancreatic Cancer Action Network, The Epilepsy Foundation Ohio or a ministry of one’s choice.

Arrangements are being handled by Parker & Son Funeral Homes of Lodi and Spencer, Ohio.

Online condolences may be shared at parkerfuneralhomes.com.