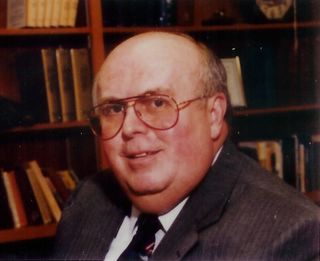 The following obituary appears on the website of Reed Funeral Home in Canton, Ohio.

Born in Altoona, Pa. on May 30, 1941 he was the son of the late, Herbert and Thelma Taylor. He was a 1959 graduate of Altoona High School, received his B.S. in 1963 from the Philadelphia Biblical University, his Masters of Divinity in 1966 from Grace Theological Seminary and his Doctor of Ministries in 1987 from Trinity Theological Seminary.

Survivors include his wife of 41 years, Elaine Taylor of the home. Three sons and daughters-in-law, Philip and Lisa Taylor of Hartville, OH., Stephen and Abby Taylor of Liberty Twp., OH., Michael and Angela Taylor of Gahanna, OH. Seven grandchildren, Megan, David, Ryan, Daniel, Chase, Sarah and Allison. His sister Vicki Parks of Frederick, MD. There are several nieces and nephews.

Funeral services will be conducted Thursday at 10 a.m. in the Reed Funeral Home North Canton Chapel with Pastor David Ryan to officiate. Burial will be in Warstler Cemetery.

Calling hours at the funeral home in North Canton on Wednesday from 4-7 p.m. In lieu of flowers memorial donations may be made to the Gideon International.

“He was always there for me”, describes him best. He was a husband, father, brother, grandfather, uncle, pastor-teacher, and friend. What a commitment; what a legacy he leaves. He never gave up; he surrendered. Everything is well.