The Call to Serve

Serving in the U.S. Army was more than a job for Chaplain (Col.) James Schaefer and his wife, Elizabeth. As he retired from active duty at the end of January after 28 years, the couple reflected on what to them had been a calling. It was the end of another chapter in Charis Fellowship ministries, that included serving as missionaries in Mexico and leading a local church.

“We remember so well the Sunday that our home church prayed over us, and we were commissioned as…Grace Brethren missionaries to the military,” Elizabeth wrote. That Sunday in 1993 (at the Clinton, Md., Grace Brethren Church, then located in Temple Hills, Md.) James was promoted to captain and commissioned to active duty.

As an Army chaplain, James was able to share the gospel regularly with military personnel, but his favorite part was sharing God’s love internationally with people where he was deployed (Cuba, Panama, Afghanistan, and Kuwait).

“The hardest times through deployments…more than three-and-a-half years…were some of the most blessed times in spiritual outreach, growth, and challenge,” Elizabeth said, “but it wouldn’t have been possible without the support of our Grace Brethren family. They held us together.”

The year he was in Afghanistan, his unit lost more than 40 soldiers, including his chaplain assistant. Yet, that year was full of blessings as he says he had amazing opportunities for ministry with local Afghan leadership. Some of those friendships continue today.

Wherever they were stationed, the family was involved alongside James. They started coffee houses in Fort Bragg, N.C., and Schofield Barracks, Hawaii, and developed new services for the youngest of soldiers and their families. They served in Washington state, Hawaii, South Carolina, and twice in Georgia and North Carolina. Their last assignment found them back in the Washington, D.C. area as James worked at the Pentagon.

Both say they have been dependent upon the prayer support of the Charis Fellowship (Fellowship of Grace Brethren Churches). They are also grateful for the excellent role models they had over the years, noting they were “overwhelmed by such military heroes and servants of God and country as (the late) Chaplain Lee Jenkins, Chaplain John and Martha Schumacher, and Chaplain Mark and Robin Penfold.”

They say that the Fellowship has carried them through these 28 years, and are especially grateful to their home church and the leadership of the Eagle Commission, the organization within the Charis Fellowship that links the Fellowship with military chaplains around the world.

James and Elizabeth have two grown children, both married with children of their own. Their son is stationed with the U.S. Air Force in Alaska and has a six-year-old and a two-year-old. Their daughter has a 20-month-old and lives with her family in Warsaw, Ind.

The couple is interested in helping persecuted Christians around the world as God begins to write the “next chapter” in their lives and ministry. James is looking into diplomatic work, but admits that whatever he does they both will be on mission for Jesus!

“The Charis/Grace Brethren Fellowship desperately needs more chaplains to labor in the mission field of the military,” stressed James. “Thank you for praying for more chaplains, and for caring for those who serve God and Country. We appreciate the gift of your loving prayer support throughout the years!” 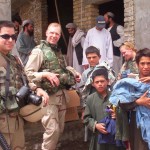 The Schaefer Family… first time together in five years, thanking the Charis Fellowship for 28 years of prayer ministry. 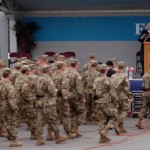 2016, Fort Benning, Ga., James preached to 2,000 on Easter. Scores of soldiers made decisions to follow Christ. 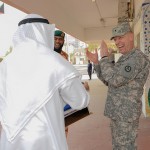