The Message Through Music 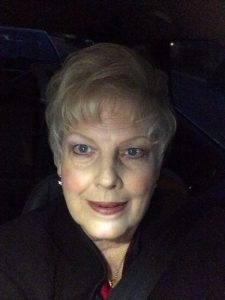 In all his pain, triumph, tears and joy, David worshipped the Lord in song. In the psalms, he declared, “I will sing of your love and justice; to you, LORD, I will sing praise” (Psalms 101:1). David serves as an example of how communion with God takes many forms. Singing in praise happens to be one of them.

Linda Hart has chosen to follow David’s path by coming to the Lord through music. Not only does she choose to worship in song, but she also uses her love for music to help others do the same.

Hart, who has led worship and children’s choirs in several Charis Fellowship churches in Southern California, has written three contemporary Christian songs that she hopes congregations everywhere can use during their worship times. She enlisted help from Gene Roberson, former organist at the Grace Brethren Church, Long Beach, Calif., who arranged the tunes and is acting as publisher.

Now she’d like to make a copy available to Charis Fellowship congregations at no charge.

She describes “Come to My Table” as a “communion song.” Based on John 13, she envisions it being used during communion services. “I’m hoping that worship teams like it and realize that the congregation can join in and sing it very easily because it is repetitious,” says Hart, the daughter of the late Charis Fellowship pastor and ministry leader, Dr. Robert Thompson. (He planted a church in Westminster, Calif., then went on to served as executive director of the Grace Brethren Home Missions Council.)

“The Very First Christmas Day,” as the title suggests, tells the story of the birth of Jesus. With an upbeat tempo that is reminiscent of an Israeli folk song, Hart imagines the congregation singing along with a choir. She believes that even a children’s choir could easily learn the song. “I think it’s something that the congregation would go home singing,” says Hart. “It sort of sings itself,” she adds. Hart hopes that the catchy tune will stay with individuals long after they leave the church service.

When writing these songs, Hart wanted to make sure that congregations would be able to easily sing along. However, “Like A Child,” while it is written to be simple and easily teachable, is created for a choir or soloist. Hart hopes that people “can be more introspective” when they hear this song, mostly because of the powerful message.

“We always think we have to come up with all these flowery words,” says Hart, who also was the academic music teacher at Brethren Elementary School for kindergarten through 6th grade. “But we should come as a child. The Lord makes that very clear in His word.”

Over the years, Hart says she has written many “ditties” to help groups learn Bible verses. “God kept softly prompting me to write these three songs and He has led and brought to completion the publishing of them,” she emphasizes. “And I want to share the blessing.”

Each of the three songs include the keyboard accompaniment and guitar chords, and are written in SATB (Soprano, Alto, Tenor, Bass) parts for choir performances, if desired.

If you’d like one free copy of each of the tunes, contact Linda directly at myhart2utoo@hotmail.com. If you’d like to use the music with a worship team or choir, scores may be purchased and downloaded at sheetmusicplus.com. Click here or simply type “publisher Gene Robison” and “Linda Hart” in the search bar. — by Lindsey Shuster

Click here to send a note of encouragement to Linda Hart.