The Silver Lining After a Loss

Arron Patrick, first-year men’s soccer coach at Grace College, Winona Lake, Ind., is interviewed at the online news site, InkFreeNews, after a disappointing loss in the NCCAA National Championship tourney recently. A portion of the story appears below. Click here to read the complete article. 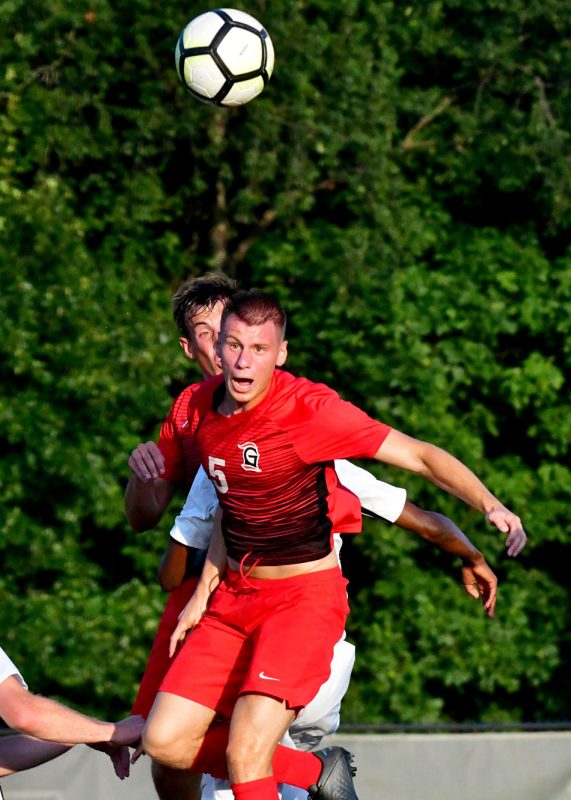 Ivan Santagiuliana scored perhaps the biggest goal of Grace’s season in a 1-0 win over Campbellsville in the semi-finals of the NCCAA Men’s Soccer National Championships. (File photo by Mike Deak)

WINONA LAKE – It’s not often a coach will find solace in a shutout loss in a national championship game.

It was difficult, but Arron Patrick is making it work.

Grace College rode the peaks and valleys of a 2019 men’s soccer season all the way to the championship game of the NCCAA National Championship. For just the third time in the program’s 54-year history, and first since 1976, the school reached the summit of the NCCAA soccer calendar, with some paramount moments folded with the disappointment of a lopsided loss in the championship match against Mid-America Christian University. Could a 5-0 loss in the title game really be a good thing?

“Emotionally, our guys have come back day after day asking ‘What’s next?’” Patrick said. “You don’t see that after a 5-0 loss that ends your season. We’ve seen that from these guys all year.”

Patrick, in his first year with Grace after a coaching stint with rival Goshen College, had high expectations for his program and started to see those being met immediately after a 7-1-2 start to the season. The Lancers owned two ties against ranked opponents and its tenth match was a 2-0 win over Goshen, one Patrick visibly just wanted to get over with. From there, however, Grace would hit a run of bad luck, going 0-4-1 with three of those results ending in overtime.