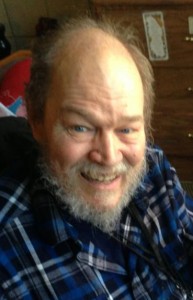 Word has been received of the death of Tim Miller, youngest son of Lucille Miller and the late Grace Brethren pastor Ward. He died February 5 at his home in San Bernardino, Calif.

His brother, David W. Miller (also a former Grace Brethren pastor who now leads Rocky Hill Community Church in Exeter, Calif.), wrote to friends, “My dear younger brother, Timothy Paul Miller, age 62, went to bed last night in San Bernardino and awoke this morning in heaven. His disabilities began when he was struck by a truck at age 33 after his first day of classes in seminary. After months of being in a coma he learned to walk again and lived courageously and joyfully with the complications of serious head trauma. His loving 91-year-old mother grieves with a confidence that her youngest child is with Jesus and his dad, Ward Miller. I will miss Tim’s affectionate calling me, ‘Hey Bubba!’ No more canes and wheel chairs for Tim! See you later little brother!”

Arrangements will be posted here as they are known.