A football stand-out at Grace Brethren High School, Simi Valley, Calif., Jay Toia, has made his commitment to play for the USC Trojans official, according to the website, 247sports.com. A portion of the story appears below. Click here to read the complete article. Grace Brethren High School is a ministry of Grace Church, Simi Valley, Calif. (Jordan Bakker, senior pastor). 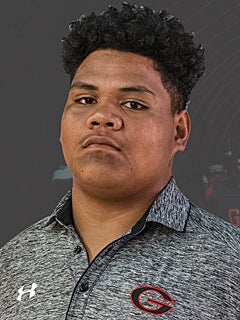 Two years ago Jay Toia committed to the USC Trojans.

On Wednesday the four-star Grace Brethren (Calif.) defensive tackle Toia made it official by signing with the Trojans for the Early Signing Period. Toia will be an early enrollee for the defense.

Toia made a surprise commitment to USC in the summer of 2018 while in his sophomore season, a then unknown prospect. The Trojans outlasted late pushes this year from Michigan, Utah, Nebraska and UCLA, where his former leader recruiter at USC Johnny Nansen landed, down the stretch.

“We’ve had a brotherhood at Grace since my freshman year. I want to finish out my senior year with Grace and hopefully win a championship this year.”