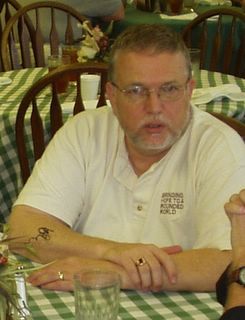 Fellowship Coordinator Tom Avey, who suffered chest pains on Friday while checking out the site of next summer’s Celebration06 national conference in southern California, has been hospitalized, is undergoing tests, and may have to face surgery.

Avey is currently in the Eisenhower Medical Center in Rancho Mirage, CA, the same facility where former president Gerald Ford is recovering from pneumonia.

According to an initial note from Tom, and subsequent information from the FGBC office, Tom had tests and heart catheterization and doctors, who saw no signs of heart damage, nevertheless advised against his flying home. His wife, Sandi, is with him on this trip.

We will keep you posted as further updates are available, including day and time if surgery is scheduled.

Tom will appreciate prayers for his recovery and for FGBC events of the next several weeks, in which he was to be a key player. These include the southwest Focus Retreat in San Juan Capistrano which begins a week from Monday, and the three-day Fellowship Council meeting scheduled for Sacramento later that week.