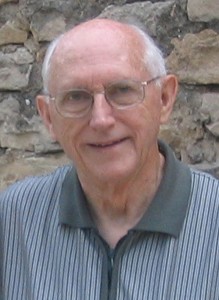 Marquis Who’s Who, the world’s premier publisher of biographical profiles, has presented Thomas Theodore Julien, D.Div., with the Albert Nelson Marquis Lifetime Achievement Award. An accomplished listee, Dr. Julien celebrates many years’ experience in his professional network, and has been noted for achievements, leadership qualities, and the credentials and successes he has accrued in his field. As in all Marquis Who’s Who biographical volumes, individuals profiled are selected on the basis of current reference value. Factors such as position, noteworthy accomplishments, visibility, and prominence in a field are all taken into account during the selection process. The award was announced in 2018.

Before embarking on his professional path, Dr. Julien pursued an education at Bob Jones University, earning a Bachelor of Arts in 1953. He followed this accomplishment with a Master of Divinity at the Grace Theological Seminary in 1957, as well as a Certificate in French Language at the Universite de Grenoble in 1960. In 1996, he was presented with an honorary Doctor of Divinity at Grace Theological Seminary. He was ordained as a minister by Charis Fellowship in 1956, formerly known as the Fellowship of Grace Brethren Churches.

Beyond his efforts within the field, Dr. Julien has contributed to numerous endeavors outside of his professional circles. He has been a mentor for Encompass World Partners. Furthermore, he was the author for “Handbook for Young Christians” in 1959, “Inherited Wealth” in 1976, “Spiritual Greatness” in 1979, and “Seize the Moment” in 2000. Most recently, Dr. Julien penned such written works as “Antioch Revisited” in 2006 and “The Three Princes” in 2011. He has also taught courses in the intercultural department of Grace Theological Seminary as an adjunct professor.

In light of his exceptional undertakings, Dr. Julien has accrued several accolades and honors throughout his impressive career. He has received a Chevalier de Republique as well as Officier, the Highest Civilian Award from the Central African Republic in 2017. Dr. Julien was also selected for inclusion in multiple editions of Who’s Who in America, Who’s Who in the Midwest and Who’s Who in the World.

He was inspired to enter his field by his strong faith in the Lord as well as the perpetual support of his wife, Doris, who passed away in 2009. Dr. Julien was greatly influenced by Francis Schaeffer, who started L’Abri in Switzerland. The highlight of his career, however, was the opportunity to continue the influence of Christianity in France through acquiring in 1964 a 14th century castle in Burgundy that functions to this day as an encounter center. Looking toward the future, Dr. Julien hopes to cement his legacy as an excellent missionary, pastor and servant of God throughout the world.

In recognition of outstanding contributions to his profession and the Marquis Who’s Who community, Dr. Julien has been featured on the Albert Nelson Marquis Lifetime Achievement website. Please visit www.ltachievers.com for more information about this honor.