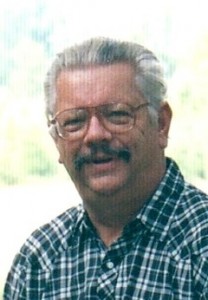 Tom was a resident of Kosciusko County, Ind., for the past 41 years. He was a 1955 graduate of Brethren High School in Long Beach, Calif. He continued his education at Cal. Poly in California and later studied at Grace College and Seminary of Winona Lake, Ind., from 1965-1966.

In 1966 Tom went to the Central African Republic as a missionary mechanic for seven years. In 1976, he founded Tom McDairmant Auto Service in Warsaw. He then expanded to Ab & Tom’s Auto Care working until his passing.

He had a servant’s heart and gave generously of his time and resources…as shown by his frequent trips to the airport to chauffeur travelers anywhere they needed to go. Tom especially loved the Lord and his family.

He was born on April 7, 1937, in Long Beach, Calif., to Thomas Charles McDairmant and Una Mae (Sadler) McDairmant. On March 2, 1958, at Santa Barbara, Calif., he was married to Gracia Anne (Kashishian) McDairmant, who survives in Warsaw, Ind. They were married for 56 years.

His memorial service will follow at 7:00 p.m. at Winona Lake Grace Brethren Church, officiated by Pastor Bruce Barlow. A private graveside service will be held on Thursday, March 5, 2015 at Oakwood Cemetery of Warsaw. Arrangements were entrusted to Redpath-Fruth Funeral Home, Warsaw, Indiana.

Memorial donations in Tom’s name may be directed to Water for Good, P.O. Box 247, Winona Lake, Ind., 46590 and would be appreciated by his family.