Trafficking in Humans Still an Issue 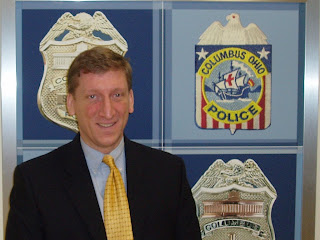 Ken Lawson (pictured), a detective from the Columbus, Ohio, Grace Brethren Church who is heavily involved in the fight against human trafficking, was featured in a column by Ann Fisher of the Columbus Dispatch on June 4. (He was also interviewed in the July/August, 2006 issue of FGBC World.)

In 2003, Columbus police detective Ken Lawson was asked in a survey whether local law enforcement had criteria in place to identify a trafficked person.

“I had to ask what one was,” Lawson said.

When he queried his counterparts in medicine and social services, they also were unsure. A friend of his in the office of the Texas attorney general told him the issue was so new, “nobody knows about it.”

The more he asked, the more Lawson learned how law-enforcement organizations across the country barely understood not only the notion but also the victims.

Then, in 2006, The (Toledo) Blade published a series of stories about a group from Harrisburg, Pa., that was recruiting girls as young as 12 and transporting them out of Toledo for prostitution.

Lawson said that was the turning point for him.

Now, he travels throughout Ohio to share with others what he has learned about how to identify the victims of modern human trafficking.