Treasure Hunt on the Thames

Jason Sandy, who grew up in Grace Brethren churches in Indiana and Virginia, is featured this weekend in a story on Reuters.com about mudlarking, a hobby of searching river banks, particularly at low tide, for historical artifacts. A portion of the story appears below. Click here for the complete article, including more photos.

Jason is the son of Brent and Cheryl Sandy, who are members of the Winona Lake, Ind., Grace Brethren Church (Bruce Barlow, lead pastor). Jason and his wife, Rose, live in London with their family.

A condensed version of the story also appeared in the Washington Post on Friday. See
Meet London’s mudlarkers, the men and women who search its shores for history.

Searching for history along the Thames 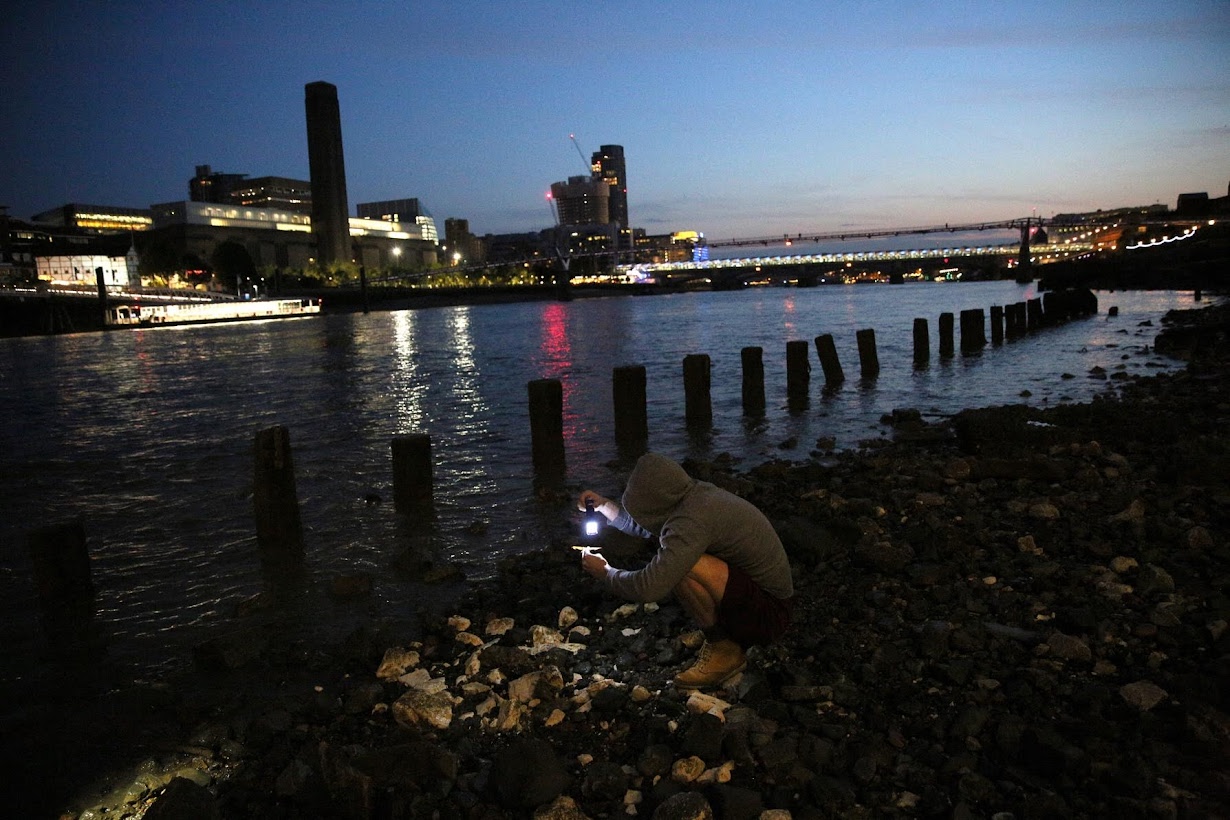 A torch on his head, Jason Sandy scours the nighttime London foreshores of the Thames river, searching for objects that could offer a glimpse of life in the British capital hundreds of years ago.

As the occasional party boat passes by, its music blasting and lights flashing, the 42-year-old architect only has a few hours while the tide is low to make his finds.

“It’s really the thrill of almost like time travelling and knowing that the last person to touch this was from that time period,” he added, describing the feeling of making a find.

Sandy, originally from Chicago, has found numerous artefacts like a Tudor comb, Victorian toothbrush and a Roman women’s hair pin, which the Museum of London dated to AD 43.

Click here for the complete article, including more photos.