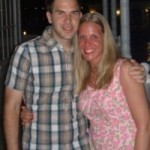 Warsaw Grad May Get ‘Ticket To The Tonys’

After seeing information about “Macy’s Ticket to the Tonys” in USA Today Weekend, Troy Seyfert submitted a one-minute video for the competition May 27. In the contest, contestants choose between nine Broadway songs, film their singing and upload it to the Web site. Seyfert chose “Stars” from “Les Misérables”.

“Of the nine songs they had, that was one I felt I knew best and I felt I could do,” said Seyfert said in a telephone interview Monday.

About 500 videos were entered into the contest. For the first round, the public voted on their favorite videos. Seyfert’s was chosen for the top five. While he said he didn’t know if he received the most votes, he said his video was the most watched.

The top five contestants will be flown to New York City Thursday. On Friday, in the early afternoon, the contestants will sing in a live sing-off event at Macy’s Herald Square in front of a celebrity five-judge panel. Three of the judges are “American Idol” contestants who also have performed on Broadway, including Constantine Maroulis, Ace Young and Diana DeGarmo. The other two judges will be Broadway performers.

“Every vote is important,” he said.

Even if Seyfert doesn’t make it to the final round, he said all five semi-finalists will be in New York City until Sunday for the Tony Awards dress rehearsal at Radio City Music Hall.

His wife, Kristin, is making the trip with him.

Seyfert is a 2001 WCHS graduate, and a 2005 Grace graduate. He currently lives in Lansing, Mich.

For more information about the competition, and to vote for Seyfert, visit online at www.cbs.com/tonys and follow the links.