“We want to work together,” Jonathan Carey, the pastor of mobilization and care at Grace Church (Norton, Ohio, Dan Gregory, campus pastor) says as he shares about the city-wide alliance called, “Norton United,” which aims to connect the schools, community, and families in the city of Norton.

Since its founding in 1961, the city has had a long history of disunity. It wasn’t until 2015 that the city found a way to work together.

Human trafficking began to affect young people in Norton and the surrounding area. In an effort to help educate families and spread awareness on the subject, members of the city council, school administrators, public safety officials, the Norton mayor, and Grace Church joined together to put on an event that would do 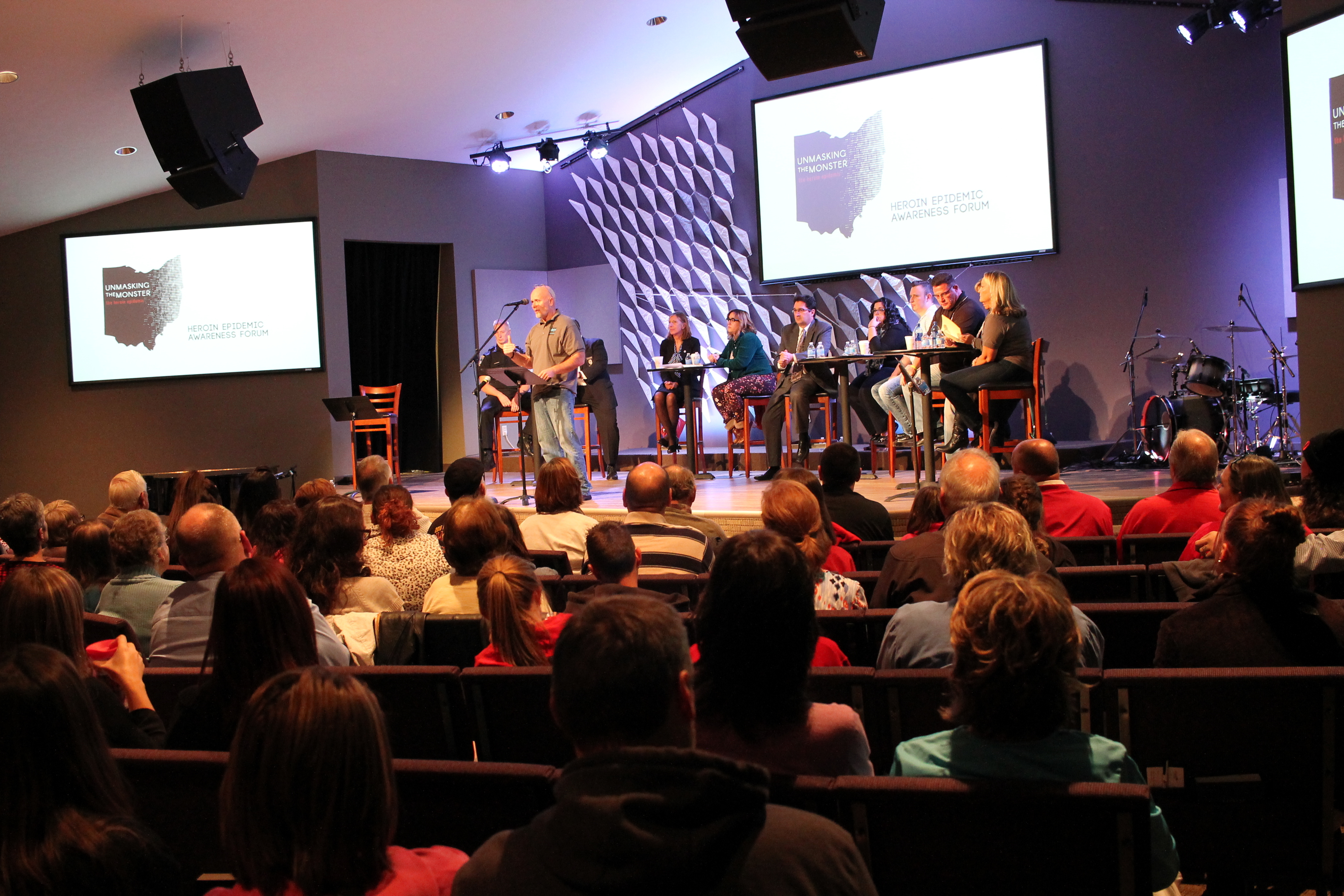 just that. The overwhelming success of the evening sparked a heroin awareness event that attracted between 500-600 community members.

As a result, the events kept opening doors of communication to build relationships among the city and the Norton United alliance began running full force.

Other Norton United projects that Grace Church has been involved in are, partnering with the police and fire stations to provide warming stations during the cold winter months, Shop with a Cop (which allows kids to do their Christmas shopping with police officers), and its most monumental project, One Million Meals.

The One Million Meals project launched in 2017 and is committed to helping feed families “here, there, and everywhere.” The project aims to help provide food for people not only in the community but also partners with the organization Feed My Starving Children to help feed kids around the world. The first of

the meals were packed during a school day in which 7th and 8th grade students took time out of their schedule to put meal kits together.

“Kids who wouldn’t normally work together were working alongside one another to pack meals for other kids,” says Jonathan.

The One Million Meal project expanded into the community and Grace Church hosts several packing events during the year.

Grace Church also partnered with other churches in the area to ensure that kids who participate in the free lunch program receive meals over the weekend and their families are given a trunkload of groceries every other week. It all falls under the Norton United umbrella that is quickly expanding throughout the community.

The One Million Meal project has distributed 650,000 meals (including those packed with Feed My Starving Children) to date with a goal of one million by May 2020.

What once seemed to be a broken community is now being patched back together through the simple command that Jesus gives us, “love one another” (John 13:34).

By participating in a city-wide cause for hope, Grace Church wants to encourage other congregations who might find themselves in a similar situation that the city of Norton once fell into.

“Have an awareness of where you are and have the conversation,” says Jonathan. “Find the connection through conversation and then follow through.”

Grace Church’s latest involvement with Norton United is collecting backpacks that will be distributed to students in need for the upcoming 2019-2020 school year. So far the congregation has collected more than 120 backpacks.

[Connect:] Take a moment to send an encouraging note to Dan Gregory and Jonathan Carey. Pray about how your church can unite with your local schools and public safety officials.