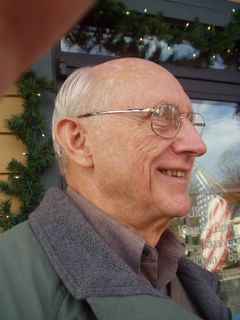 Many have been praying for the health of former GBIM executive director Tom Julien (pictured), who has been hospitalized in Fort Wayne since last week for observations and tests related to his heart.

Word was received today that the catheterization performed this morning revealed that medication has not produced the desired result of dissolving blood clots located close to the blockage near his heart. Therefore they will not proceed with plans to utilize a stent to open the blockage.

It is likely that he will remain in the hospital under observation for a few more days before being sent home.

Hopes are that the heart will repair itself through forming collateral arteries. The doctor assures Tom that the blockage is not in an area that would make it life-threatening.

Tom and Doris express their thanks for the world-wide network of prayer on their behalf, and reaffirm their confidence that the Lord is answering in the way in which He deems best.