Mark Penfold (Chaplain [Colonel] U.S. Army, retired), Charis Fellowship endorsing agent and director of the Eagle Commission, has sent a couple of updates, a portion of which appears below. Click here to read his complete report, including a delayed Christmas video message from Chaplain Jeremy Pfeister. 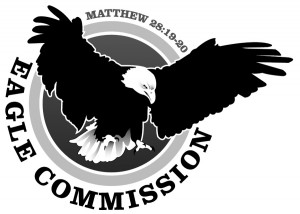 Army Reserve Chaplain Jeremy Pfeister returned home after his 9-month deploy in Kuwait. We rejoice over the Lord’s protection for Jeremy and all those in his unit.

Army Reserve units face unique challenges since the members are not always geographically co-located as are active duty units. These brave soldiers and their families will soon reconnect after months of separation, lots of change and also have to return to their civilian jobs.

Here’s how you can continue to pray:  (1) Pray for Jeremy and those he served as they reintegrate back into their families and their civilian employment (as they were all Reservists);  (2) pray that the Word of God that was planted in their hearts will continue its promised and good work; and (3) thousands of U.S. military are still deployed and deploying. Remember them and their families in your prayers.

Keep Navy Chaplain Justin Hayes in your prayers. Justin’s assignment at the Navy Chaplain School and Center requires lots of travel for him this year. He leads a training team that travels worldwide to train all Navy chaplains. This week, Robin and I had the privilege of connecting with him while he was at Norfolk Naval Station (VA) where he led instruction to over 100 chaplains.