0
by Liz Cutler Gates
More details on John Snow’s fatal skiing accident on Thursday and a video news report have been posted. To see the newscast report, click here.
WATERFORD, Vt. -They say the Lord works in mysterious ways; many Christians would say death is a part of God’s plan. But that doesn’t mean friends and family of the late Rev. R. John Snow don’t have questions.

“He skied two or three times a week. He was an advanced skier for something like this to have happened. I was like no, that can’t be,” said Britton Durham, a parishioner.

Baptist pastor John Snow died Thursday after a skiing accident at Burke Mountain. The cause of death has yet to be released. The advanced skier left the mountain conscious and talking, according to ski patrollers.

“When we learned that he had passed we were quite surprised,” said Tim McGuire of Burke Mountain.

Snow fell on Carriage Road Trail, an intermediate run. With the best conditions Burke’s seen all winter long, ski officials say there’s no indication of what caused the fall that lead to his death five hours later.

“I knew it was bad because usually when people are going to Dartmouth it’s serious and all these things were going through my mind, selfish things like I didn’t even get to say goodbye,” Durham said. 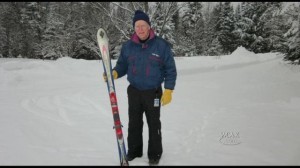 “He would not only teach but allow you to become a part of his life and really intimately get to know him,” said Jon Freeman, a parishioner.

“I wasn’t a born-again Christian at the time and he played a contributing role in my accepting Christ as my savior,” Durham said.

Durham served nine months in the U.S. Army in Afghanistan. he said it wasn’t until returning to the church that he felt safe again.

Snow leaves behind a close congregation, his wife and many dear friends. They say he’ll live on in his teachings and in their prayers.

“Someone like that doesn’t come around every day. He was definitely a very special man,” Durham said. 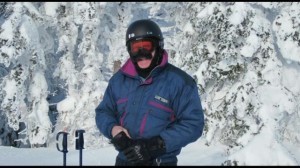 “He’ll always be in my memory as a wonderful person,” Freeman said.

They say he’d want them to move on and to stay strong in their faith. A connection that for Christians will keep them together in life and in death.

Burke Mountain officials say they will continue to investigate the cause of this accident.