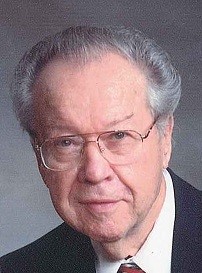 Roland moved to Warsaw, Indiana, in 1957. He was a composer, arranger and keyboard artist with Rodeheaver Company, Winona Lake. He was a music lover who had significant impact on the world of gospel music through his work with Rodeheaver Hall-Mack Music Company.

In 1967, he took a job with Grace College as an associate professor, teaching voice and music history. He was a choir director and church organist through the years at various local churches, including Winona Lake (IN) Grace Brethren Church, the last being Trinity United Methodist Church, Warsaw. Roland served his country in the U.S. Army and he loved spending family time and listening to music and opera.

He is survived by his wife of 54 years, Verna May Felts, Warsaw; two children, Jeff (and spouse Patty) Felts, Millersville, Maryland, and Alicia (and spouse Allen) Wedertz, Osceola; a sister, Eleanor Louise Hunter, Oak Ridge, Tennessee; 11 grandchildren and 3 great grandchildren. He is also survived by many loving nieces and nephews.

A funeral service will be at 11 a.m., Monday, June 18, 2012, at Community Baptist Church, South Bend, Indiana, with Pastor Steve Stadtmiller officiating. Burial will be at Oakwood Cemetery, Warsaw.

McHatton-Sadler Funeral Chapel, Warsaw, is in charge of arrangements.