Jim Hocking and the organization he founded, Water for Good, is profiled on the website Social Muses. Water for Good is a cooperating ministry in the Charis Fellowship. A portion of the story appears below. Click here to read the complete story. 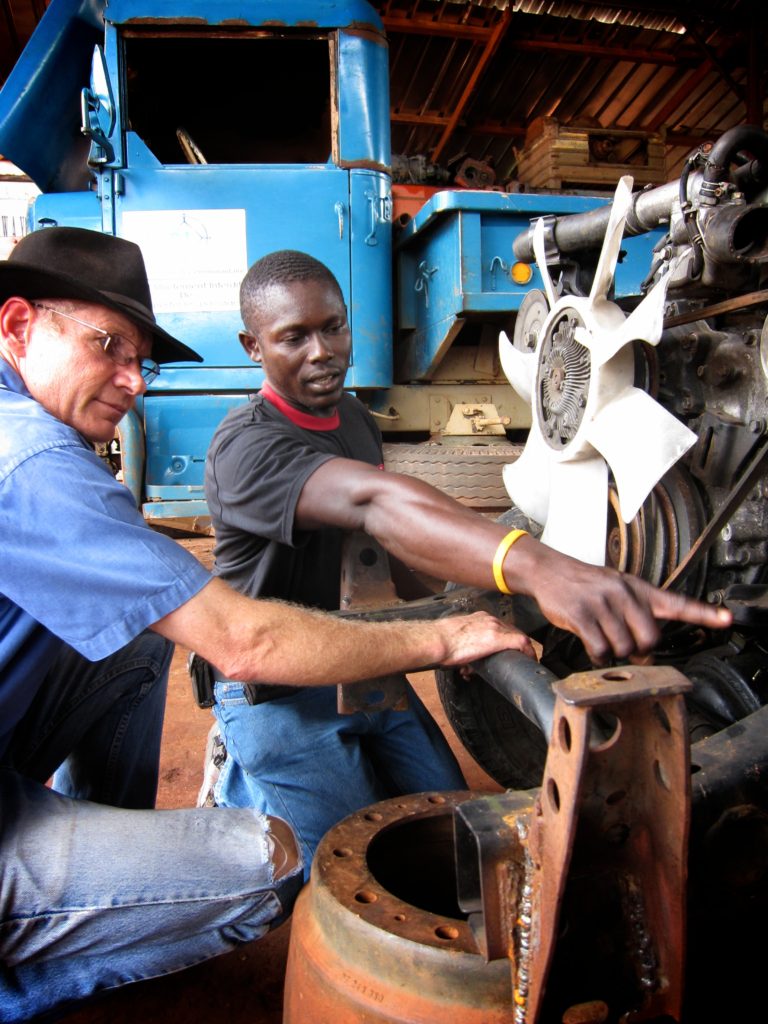 If one were to describe Jim Hocking in a single word: it would be perseverance. Born in the United States, Jim was brought up in the conflicted regions of Central Africa, and it is this place that he calls home. Originally trained as a pastor and mechanic, Jim learned to speak Sango, the local language, much before he did English.

Growing up in the Central African Regions meant for him a curious duality of race and religion: the region is well known for its political and civil unrest, with a particular spike in civilian movements beginning from the early 2000s, when President Ange-Felix Patasse was ousted by rebel leader Francois Bozize. Following this were several instances of ongoing communal violence between the local Christian and Muslim communities: the Muslim Seleka rebels, and
the Anti- Balaka Christians.