Weber to Step Down at Waynesboro Church 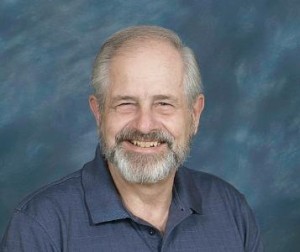 Sunday, June 29, 2014, will be the final sermon for Pastor Larry Weber, senior pastor at THE FAMILY @ Grace Brethren Church, Waynesboro, Pa.  A special worship celebration is planned at 10:30 a.m. in the church sanctuary at 250 Philadelphia Avenue in honor of eight years as pastor.  The title of his sermon will be “Contend for the Faith,” taken from the Epistle of Jude.

A brass choir with piano and organ will accompany the congregation in traditional hymns and contemporary worship songs led by Worship Pastor Danny Hafer.  Mrs. Nancy Messner, sister of Pastor Weber, from Fairlawn, Ohio, will be the guest organist. She and pianist Nancy Weber, wife of the pastor, will present a piano-organ duet.  The service will conclude with special acknowledgments, followed by a dinner in the church Fellowship Hall to honor Pastor Larry and Nancy.

Rev. Weber is the son of a pastor, the late Russell H. Weber, who served at the former Grace Brethren Church of Hagerstown, now known as Cornerstone Community Church, from 1953 to 1957.  Pastor Larry Weber pursued a career in radio and television broadcasting after commencement in the first graduating class of North Hagerstown High School in 1957.  Then in 1969, he joined Ketchum, Inc. a professional fund-raising counsel firm in Pittsburgh, Pa., and rose to become president of the firm.  After 23 years in which he developed business partnerships in Canada and the United Kingdom, he became the Vice Chancellor of Institutional Advancement for the University of Pittsburgh in 1992.

In 1996, he formed his own consulting business, L. M. Weber and Associates, serving as fund-raising counsel to Christian colleges, churches, and other community organizations.  He retired in 2004.

Pastor Weber and Nancy (need Nunamaker) Nigh married  in January, 2003.  He had three children from his previous marriage of 42 years to the late Sally (need Launtz) Weber, Lori Armstrong of Houston, Pa., Jeffrey Weber of Allison Park, Pa., and Bradley Weber of Charlotte, N.C.  Nancy Weber had four children from her first marriage to the late W. Keller Nigh. Her daughter, Kelly Nigh Whittington, died in 2002.  She has three sons, Kurt Nigh of Smithsburg, Md., Bradley Nigh of Hagerstown, Md., and Doug Nigh of Williamsport, Md.  Together, Pastor Larry and Nancy have 22 grandchildren and three great-grandchildren.

September 11, 2001, the day of the terrorist attack on the United States, United Flight 93 crashed in Shanksville, PA, 2 miles from the Weber home at the time.  Mr. Weber produced a televised memorial concert on the first anniversary of the 9/11 attack with the Johnstown (PA) Symphony Orchestra and the Laurel Highlands Chorale,.  The concert also featured Seasoned Grace, a musical ensemble which he founded.  They sang publicly for the first time in that concert. They performed in churches and community organizations for nine years before disbanding.

Pastor Weber earned a B.S. degree in Human Resources from Geneva College, Beaver Falls, Pa., and completed a Continuing Education certificate at Pittsburgh Theological Seminary for Commissioned Lay Pastor in the Presbyterian Church in the United States. Previously, he was a Certified Fund-Raising Executive, served on the boards of churches in Charlotte, Pittsburgh, and Somerset, and with the Coalition for Christian Outreach in Pittsburgh, Charlotte Christian School, and the Presidents Advisory Board of Geneva College.  He actively plays trumpet, most recently in the Shepherd University Community Band.

Pastor Weber will be succeeded in mid-August by Timothy Clothier, who has been called as Senior Pastor.