What Kevin Showed Me 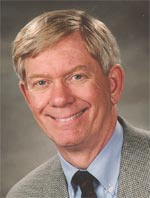 John Teevan (pictured), director of the prison extension program at Grace College, Winona Lake, IN, recently sent this thoughtful reflection, based on his experience with one of his prisoner-students. It is reproduced here with his permission.

Last Friday, I was talking with Kevin (a prisoner at an Indiana maximum security correctional facility) about how to settle a problem with an outside agency so he can pursue his college education. While talking to him I noticed that he had an attitude that I do not really possess and that I do not often see. This led me to a kind of realization that there may be three ‘postures’ to Christianity. Kevin has the first one.

The first is the posture of the person who is in control of nothing and who seeks to work on the edges of life to achieve, survive, cope, and make slight improvements over infuriating long periods of time. He is under God, which is good, but he is under man, and especially under the system, which can be bad.

The second is the posture of a person who has an actual vision of a better life, an idea of what life should look like, and the hope that things might change if he acts to change them. This posture is full of ideals, goals, plans, strategies, effort, risk and sacrifice; this is the posture of the revolutionary who serves a worthy cause.

The third is the posture of the person who is (or imagines himself to be) in control. This posture is the opposite of the first one. He can achieve anything, solve any problem, create real improvements quickly and by direct effort, facilitated by others whom he also controls.

So is there a best biblical posture?

In the first one God is in charge and man humbly takes his place under God’s care. Much of the Bible, and not just the OT, tells us to live like this (Jeremiah’s personal reflections in Lam. 3 is right along these lines and worth reading all 66 verses). It may seem passive, but it is the posture of potential contentment; a contentment that comes not from having things right, but from trusting the one who does or will make things right. Trust and hope.

The second posture has characterized Christians and the West for centuries. The revolutionary has been brilliant, and yet he has been awful. He has sought godly goals, utopian goals, and political goals. And yet he has been universally corrupted either in his own demise by delusion, or by power, or by zealous followers who have gone off the rails in distressing ways. His sins are often considered forgivable as they are the sins of idealists. ‘The Greatest Generation’ (and MLK) was characterized by this posture. Effort and sacrifice.

The third posture is that of a man who already thinks of himself as a very competent person of good will whose attendant affluence augments his opportunities. This is the model for western and especially American leaders today. This is the CEO; this is Gary Cooper standing alone against Frank and his gang while the cowardly townspeople hide in ‘High Noon’ (1954). This, oddly, is one of the main models for the Christian leader and pastor today who creates outcomes for Jesus who is grateful. Power.

So here are the options: a humble servant characterized by trust and hope; a self-sacrificing visionary; and a powerful giant in the land. The chief difference is the role of God in each posture. In the first posture, God is all; in the second, God is the driving force; in the third, God is the role model and audience.

So which is the best biblical posture? It is tempting to say that the first is better, but I imagine that it must depend on circumstances. If I am free enough for it, should I adopt the second posture of effort and sacrifice? Sure, but only if I am much more inclined to drift toward the first posture of humility rather than drift toward the third posture of power.

I am grateful to God for Kevin, a humble, salt and light Christian, for prompting these thoughts.