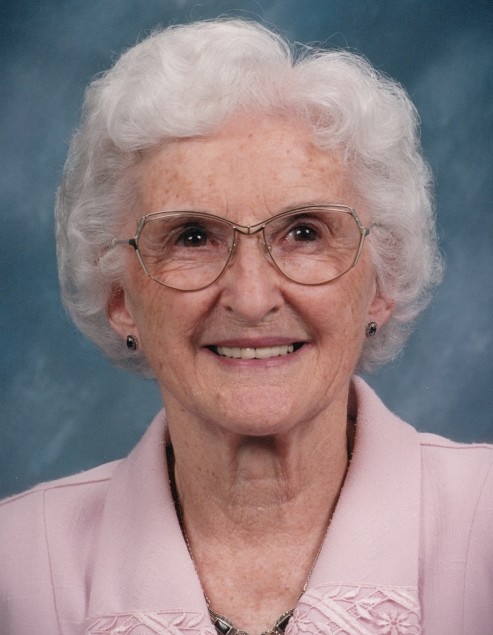 Willetta “Willie” Edmiston of Warsaw, Ind., died at home at 12:23 p.m. on Saturday, January 5, 2019, at the age of 93. She was formerly a resident of Grace Village Retirement Community of Winona Lake, Ind.

Willie was born on April 14, 1925, in Los Angeles County, Calif. to Albert Fred Hanson and Blanche Hester (Tahash) Hanson. She was married on January 22, 1946 in Long Beach, Calif., to Sibley Marvin Edmiston. They shared 64 years of marriage together before he died on December 25, 2010.

She graduated in 1943 from Lindberg High School in Long Beach, Calif., and received her associates degree from San Diego State University. Willie worked as an elementary school administrative assistant for many years for the San Diego County School District in California.

She was a good and faithful servant and enjoyed her role as a pastor’s wife as her husband Sibley served as an Interim Pastor in Taos, N. Mex., in 1949. After Sibley attended Grace Theological Seminary, he and Willie served as missionaries to Mexico under the Brethren Foreign Missionary Society from 1953-1965. The have lived in the Warsaw and Winona Lake, Ind., area for the past 30 years. Willie attended Winona Lake Grace Brethren Church and Pleasant View Bible Church where she enjoyed working in women’s and children’s ministries.

Her funeral service will be conducted at 10:00 a.m. on Wednesday, January 9, 2019, at Redpath-Fruth Funeral Home and officiated by Pastor Bryan Benjamin. Burial will follow with a graveside service at Oakwood Cemetery of Warsaw.

Memorial donations may be directed to Spanish World Ministries, P.O. Box 542, Winona Lake, Ind., 46590 and would be appreciated by the family.