Most people dread their hair turning white as they grow older. For the affable Gerald Cox, though, it worked out just fine. 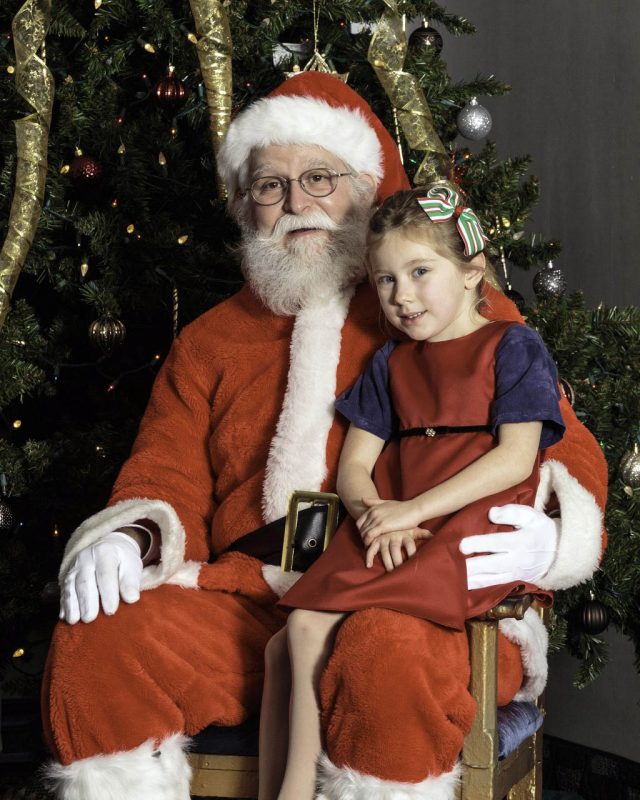 Gerald Cox poses with one of the thousands of children who have climbed on his lap during his decade of dressing up as Santa. He maintains a Facebook page at “Kosciusko County’s real Santa Claus.” (Photo provided)

The Winona Lake resident has played the role of Santa Claus for the past “10 years or so,” making a couple of appearances a week in northern Indiana and Cadillac, Mich., between Thanksgiving week and Christmas.

He got his start as Jolly Old St. Nick at the Warsaw Community Public Library where, Beth Anne, his wife of 34 years, worked in the children’s department. The Santa who had been scheduled to work “dropped out” at the last minute and Cox pinch-hit like a natural.