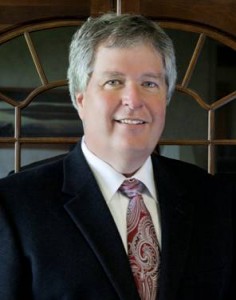 Steve Miller, a member of the Winona Lake (Ind.) Grace Brethren Church (Bruce Barlow, lead pastor) and the chief executive officer at Kosciusko Community Hospital, has been tapped to lead the local United Way campaign in Kosciusko County. A story detailing his appointment as the 2014 campaign chair recently appeared on the online news site, Stacey Page Online. A portion of the story appears below. Click here to read the complete story.

Miller served as chief financial officer for KCH from 1985 to 2007 prior to his appointment as chief executive officer in 2008. He and his wife, Lee, have two children and have resided in Warsaw since 1985.

United Way Executive Director Patricia Coy stated, “We are excited to have Mr. Miller join our campaign. His knowledge of our community along with his skills and expertise in the healthcare field will be tremendous assets as he assembles his campaign cabinet.”